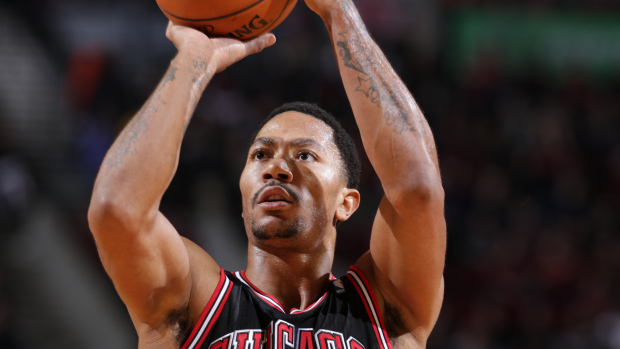 (CBS) When it comes to the Chicago Bulls’ championship hopes this coming season, there’s no player more important to the franchise than Derrick Rose. That would be the case even if Carmelo Anthony were joining him in Chicago this fall.

Anthony won’t be, of course. And according to Sun-Times writer Joe Cowley’s revealing interview on Thursday with a surprisingly candid Rose, that’s apparently just the way the Bulls star wanted it.

Even if the Bulls didn’t.

After speaking with Rose this week about the long-rumored rift between his own camp and the Bulls, Cowley wrote that, “Tensions hit a peak when Rose, who has a five-year, $94.8 million contract, seemed to blatantly resist helping build the roster in a new NBA where stars increasingly double as recruiters. The latest example was the Bulls’ pursuit of free agent Carmelo Anthony.

“Looking back, it’s clear Rose wasn’t all that interested in teaming with Anthony, who chose to return to the New York Knicks. Rose was much more aggressive in the Bulls’ pursuit of free agent Pau Gasol, not only asking for the veteran’s phone number, but giving a hard sell to the big man on joining the Bulls.”

Beyond all the hubbub about the supposed sniping between Rose’s handlers and the Bulls’ brass – all of which Jerry Reinsdorf attempted to dismiss via statement Thursday night – what struck me as the most significant insight from the Sun-Times story was that Rose apparently isn’t against recruiting.

Rather, it seems he was against recruiting Carmelo Anthony.