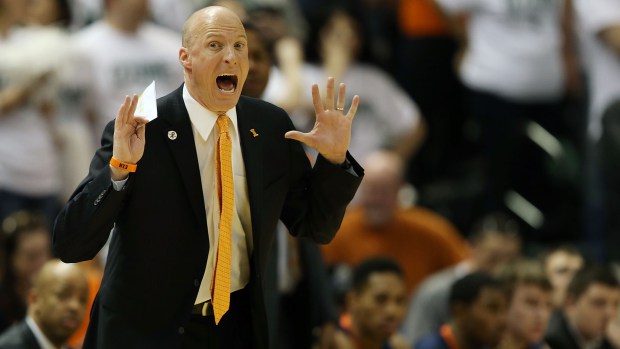 (CBS) Down at the University of Illinois, John Groce doesn’t have a coaching problem.
But as the Fighting Illini basketball coach preps for his third season in Champaign this fall, he does appear to have something of an image dilemma.

Earlier this summer, when an ESPN panel released its list of the top 50 coaches in college basketball, Groce didn’t make the cut, while six others from the Big Ten did.

After two up-and-down seasons with the Illini, that omission couldn’t be considered a huge surprise. However, the fact that Groce was also left off ESPN’s list of 25 additional “coaches who just missed” was.

After all, included among ESPN’s top-50 list were Minnesota rookie coach Richard Pitino at No. 49 and Iowa’s Fran McCaffery at No. 33, despite the two having respective Big Ten records of 8-10 and 30-42 that are no more impressive than Groce’s 15-21 conference ledger. Fellow Big Ten peers Tom Crean of Indiana and Matt Painter of Purdue were listed in the “just missed” category even though both coaches missed the postseason completely last year.

The secondary list of 25 also included a bevy of mid-major coaches with relatively slim resumes, but Groce – who led Illinois to the NIT last season, won a NCAA Tournament game with the Illini in 2013 and boasts a Sweet 16 appearance from his days as coach at Ohio – was snubbed completely.

I’m guessing in large part that’s because he was snubbed so badly on signing day last year.