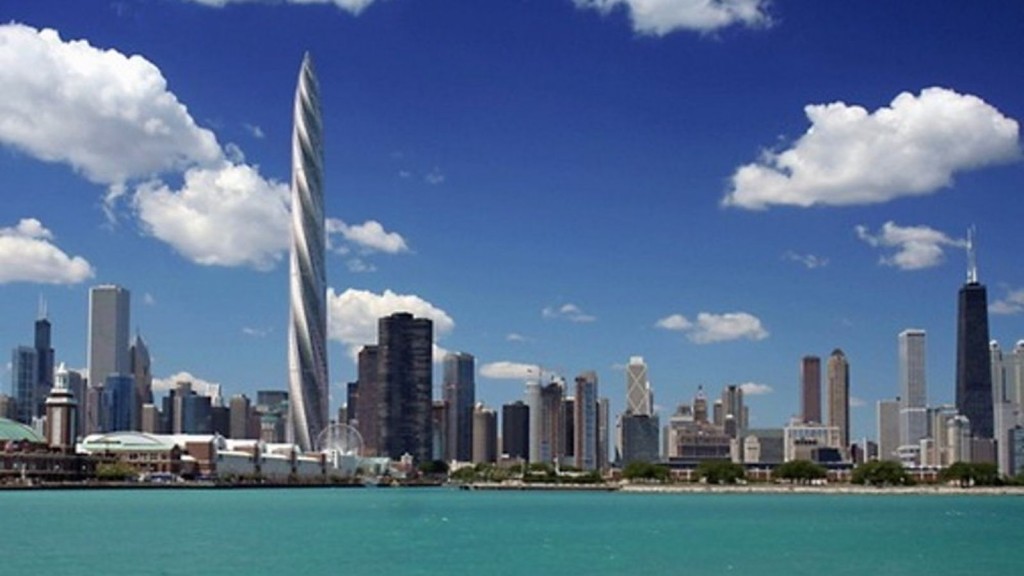 From the Saturday, July 23, editions of The Daily Journal (Kankakee, Ill.) and The Times (Ottawa, Ill.) …

Daniel Burnham, the urban design visionary who in 1909 drafted “The Plan for Chicago” that would serve as the template for the future of the metropolis, famously said, “Make no little plans; they have no magic to stir men’s blood.”

To its credit, Chicago has never had a problem making grand plans.

But it does, on occasion, have difficulty following through on them.

Most recently, the Lucas Museum of Narrative Art slated for the lakefront imploded like the Death Star. And as we approach the 2016 Summer Olympics, it’s difficult to not think about Chicago’s failed bid to host the Games, which the International Olympic Committee instead awarded to Rio de Janeiro.

Those, however, are just two examples of the high-profile Windy City projects that blew away before becoming reality. Here’s a dive into some more.

In 1893, Chicago held the World Columbian Exposition to honor the 400th anniversary of Christopher Columbus’ 1492 discovery of the New World. In 1983, Chicago and Seville, Spain, were chosen to host the 1992 World’s Fair to mark the 500th anniversary.

Seville held up its part, drawing 41.8 million visitors. But Chicago didn’t as its plan collapsed due to political bickering and questions about public funding. In 1999, Congress banned the use of federal funds for participation in World’s Fairs.

In 2014, Chicago entrepreneur Beau D’Arcy pitched an idea to create a floating, 2,850-person oasis a mile off the Lake Michigan shoreline complete with sundecks, restaurants, bars, shops, a swimming pool and room for boats to dock.

The proposed $23 million project, called Breakwater Chicago, started taking on water early, however, and never got off the drawing board.

For nearly 25 years, Chicago was home to the World’s Tallest Building until 1998 when Malaysia’s 1,483-foot-tall Petronas Towers stole the title from the 1,451-foot-tall Sears Tower.

In June 1999, Chicago-based European American Realty sought to reclaim the crown when it filed plans for a 1,537-foot, building at Madison and Dearborn. But a lack of funding soon killed the project, and today 11 other towers globally have surpassed the building’s proposed height.

Originally named the Fordham Spire in 2005, the 2,000-foot-tall corkscrew tower designed by superstar architect Santiago Calatrava came to be known as the Chicago Spire. But it never came to actually be along the north bank of Chicago River, just west of Lake Shore Drive.

Today, a huge hole for its foundation still sits empty.

In 2006, a massive makeover was proposed for Navy Pier including floating parking garages, a larger, spokeless Ferris wheel, a monorail, a hotel, an indoor water park and a roller coaster. It didn’t happen.

But today, Navy Pier is getting a different makeover that features a bigger Ferris wheel and ultimately a hotel.

In 2013, a developer wanted to transform the hulking, old Chicago Post Office building in the West Loop into a massive development for residential, retail, offices and parking and including a building taller than nearby Willis Tower.

It never came to fruition, but the 1921 building covering two city blocks was approved this week to start a $500 redevelopment into multi-tenant office space.

In 2005, the Children’s Museum wanted to move from Navy Pier to the north end of Grant Park, where it would be largely buried underground. After years of talks, revisions and political bickering, the project fell apart in 2012.

That same year, the museum signed a 90-year lease with Navy Pier.