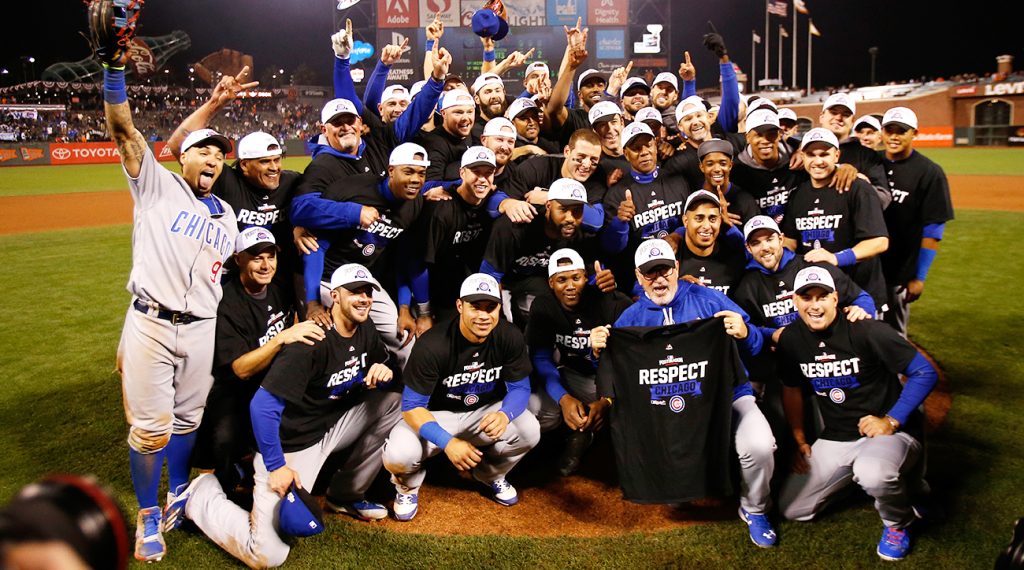 From the Saturday, Oct. 15, editions of The Daily Journal (Kankakee, Ill.) and The Times (Ottawa, Ill.) …

Early last week, my allergies started acting up. By the time the weekend rolled around, they had developed into something more severe that eventually required a visit to a clinic. The doctor I saw didn’t specifically diagnose the bug ailing me before writing a prescription, but I’m pretty sure that I know what it is.

And, hey, if I have to battle the symptoms all month long, I’m good with that. After all, it’s the least I can do if it helps the Cubs win their first World Series since the Model-T was two weeks old.

As Chicago heads into its second week of postseason wackiness with the Cubs hosting the Nationals tonight in Game 1 of the National League Championship Series, I wanted to share my personal highlights from the NLDS.

During Game 1 of the NLDS, one lonely Giants fan clad in a Buster Posey jersey was in my section of the Wrigley Field bleachers. When the spunky Latina woman in a Cubs cap near me noticed she turned and said, “Man, you sat in the wrong city.”

The feeling before the first game of the NLDS at Wrigley this year vs. the Giants was markedly different from last year vs. the Cardinals. Last October, the vibe was more electric and giddy. This time around, it was much more serious and business-like.
The 2015 Cubs were a revelation. The 2016 Cubs have a job to do.

As the Game 1 pitcher’s duel between Jon Lester and Johnny Cueto remained locked in a scoreless tie, a Cubs fan in the bleachers row behind me clutched a baseball in his hand. When asked by the guy next to him if it was a “throwback ball” (in case he caught a home run), the fan shook his head.

The best bleacher taunts of the weekend: “Hunter Pence! Who stole your calves?” and “Hey Cueto, you’ll get a snack after this inning!”

A whiff of amazement

Seated in front of me during Game 1 were a pair of neutral fans from Philadelphia. Midway through the game as the bleachers crowd rose for a two-strike pitch and the roared at the resulting strikeout, the older guy did a 360-degree turn and said with awe, “This is cool. This is just really cool.”

It was. It just really was.

Wrigleyville was already at max capacity last weekend. For Game 1, every single bar in the neighborhood had long lines both before and after the game.

Postgame, my friend and I had to walk seven blocks just to find one where we could get in. After Game 2 on Saturday, my brother and I walked nine.

As this thing wears on, the nearest available barstool may be located in Milwaukee.

My favorite Cubs quote of the weekend came via Steve Greenberg of the Sun-Times, who shared on Twitter that he asked Aroldis Chapman after his Game 4 save how confident he was on scale of 1-10 that he’d come through.

He’s the one they call

Spread the word and help me make that one stick.

It’s the Big One

After the Cubs pulled off their historic 9th-inning rally to close out the NLDS, my dad said that it may have been the biggest win in Cubs history. I agreed.

Until the biggest one of this series, that is.