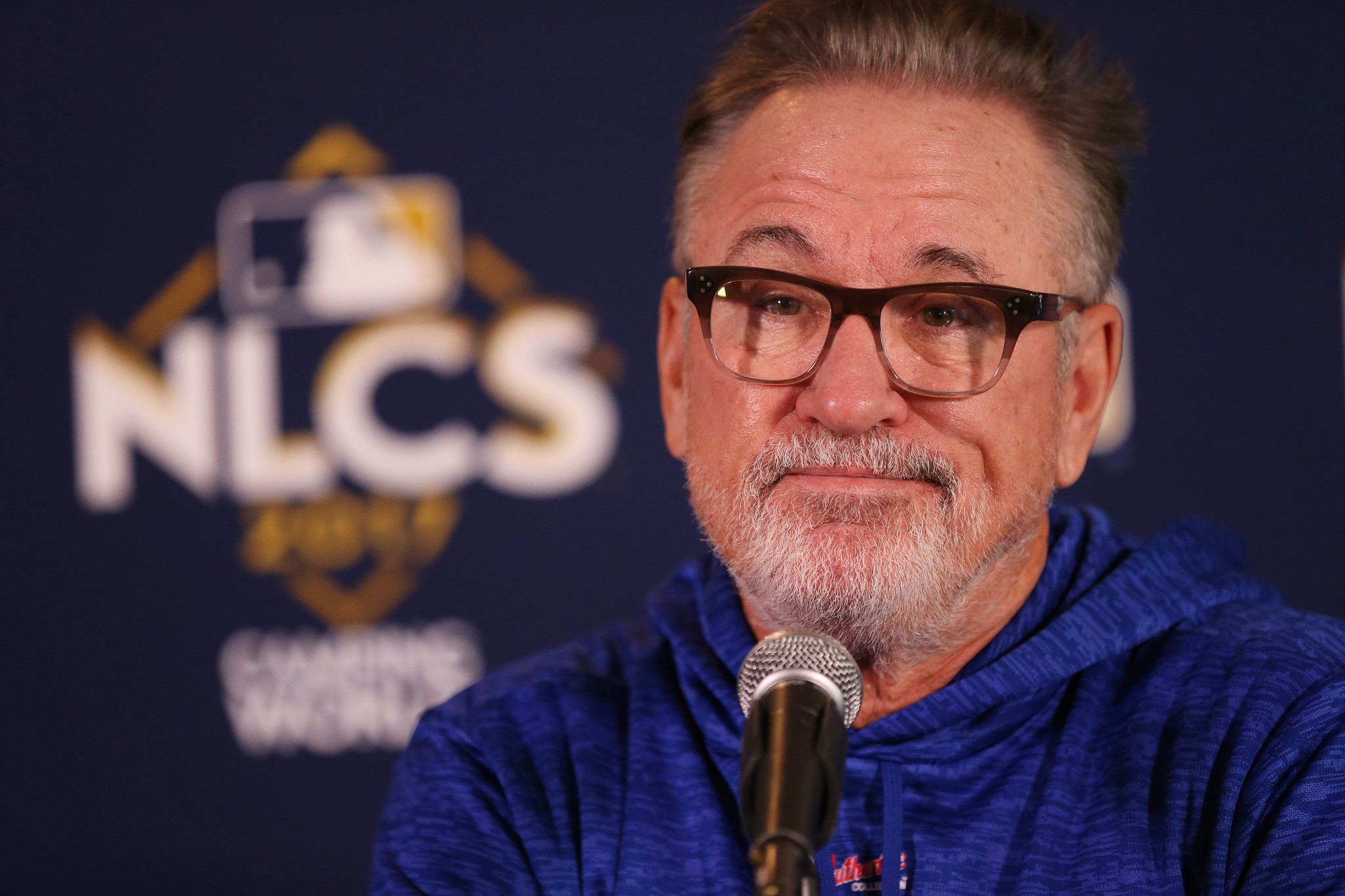 From the Saturday, Oct. 13, editions of The Daily Journal (Kankakee, Ill.) and The Times (Ottawa, Ill.) …

On the second-to-last day of Major League Baseball’s regular season, the Chicago Cubs owned the best record in the National League.

Three days later, their season was over.

As much I wish the Cubs were still playing in the NLCS this week, I’ve also come to the realization in the past couple of weeks since the team’s premature demise in the Wild Card Game, that I really needed a break.

This Maddoning season had worn me out.

Now, anyone who knows me well knows I’m no big fan of Joe Maddon. I think the guy was the perfect manager to assume the young Cubs’ reins in 2015 and help pull the team together for the 2016 championship run.

But I also believe that, due to his over-managing in Games 6 and 7, the Cubs won the 2016 World Series in spite of Maddon, not because of him. And ever since, I think Joe’s daily maneuvers have gotten in the way of his players more than he’s helped them out.

Maddon’s relentless tinkering of his batting orders and lineups – often with no true rhyme or reason beyond gut and whimsy – left me to the point of mental exhaustion this season. And, as it turns out, I wasn’t the only one.

Last week in his year-end press conference, Cubs President Theo Epstein acknowledged that some Cubs players also were frustrated with Maddon’s constant lineup shuffling. Elsewhere, an unnamed Philadelphia Phillies reliever said to The Athletic of manager Gabe Kapler, “Some nights he was managing like it was Game 7 of the World Series. The inconsistency and not knowing what your role was one game to the next was stressful.”

I bet it is. After all, baseball players are creatures of habit, and success in the sport stems from repetition and routine. I suspect that the primary reason for the Cubs’ wildly inconsistent offense this season was because of their wildly inconsistent batting orders and lineups. The Cubs were a different team every day. Maddon made sure of it.

Inconsistency does not breed consistency, and my hope is that next season, Maddon is somehow able to settle on actual starters and reserves – whether he does that on his own, or it’s because Epstein streamlines the roster for him. My hope is that the Cubs’ players are given clearer roles, responsibilities and identities to make them as comfortable as possible and help them thrive. And my hope is that we see the team’s Top 8 position players play together on a more regular basis and in a more regular order. As we saw this season, just one more win can make all the difference in a season.

Not long ago, Maddon espoused “Do Simple Better” as his credo, but he abandoned that during Game 6 of the 2016 World Series. Maybe next season, he can show up at Spring Training with a different motto.