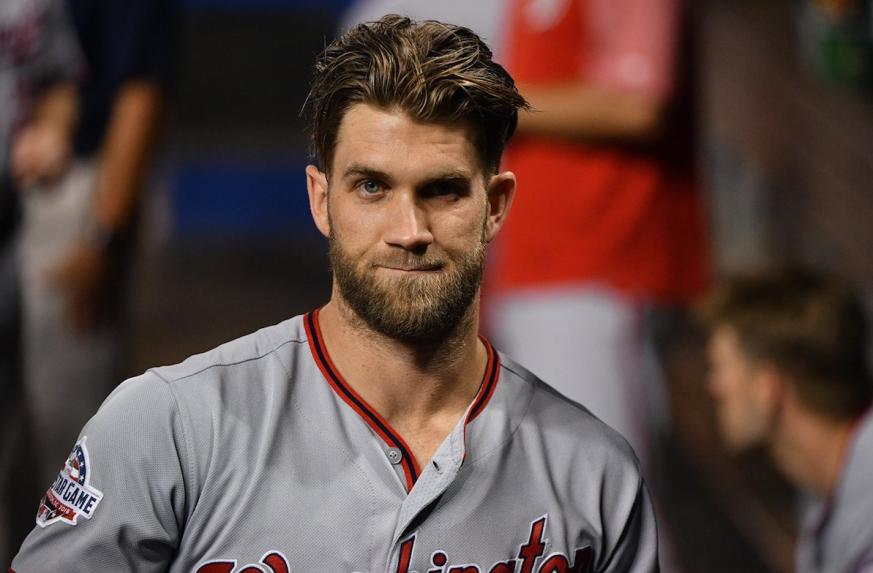 From the Saturday, Dec. 15, editions of The Daily Journal (Kankakee, Ill.) and The Times (Ottawa, Ill.) …

Speaking largely in vagaries and analogies for an hour, Boras at one point said cryptically about the teams involved in the pursuit of the 26-year-old free-agent slugger, “This is not a race where every car is labeled.”

Now, what exactly that means is certainly open to interpretation. But my translation? It’s that the Chicago Cubs – and likely the Los Angeles Dodgers – are still figuring out their available vehicle numbers.

During the past week, the suitors for Harper most heavily discussed by the media have been the Philadelphia Phillies (as expected) and the Chicago White Sox (surprising enough). In a world where the league’s wealthiest, highest-spending teams are penalized for exceeding MLB’s luxury tax threshold, the Phillies and Sox have minimal current contract commitments. That gives both organizations lots of money to potentially spend on a player who is expected to command a megabucks deal worth between $300 and $400 million.

But I believe the Winter Meetings ending in Vegas without Harper having yet hit the jackpot on his contract actually bodes quite well for other organizations with payrolls already bumping up against the luxury tax threshold. Namely, the Cubs and Dodgers.

Here’s my thinking: If Harper truly wanted to sign with the Phillies or the White Sox, I think that deal would already be done – or on the verge of it. Those two teams are ready to spend with no barriers in their way. But it’s the Cubs and Dodgers that need to make some roster moves to free up salary space. And I’d bet big money that those two teams are Harper’s top two choices – and not just because Harper is best buddies with Cubs star Kris Bryant or has a made-for-L.A. persona and hairstyle.

Looking at Harper’s free agency this year, I’ve never thought that his plan has been to go for the straight money play, a la Alex Rodriguez-to-the-Texas Rangers in 2000. During his seven seasons with the Washington Nationals, Bryce never even won a playoff series, and I think he wants to sign somewhere that enables him to win big – and win now.

Any team that signs him is going to make him filthy rich. But as the National League representatives in the past three World Series, it’s with the Cubs and Dodgers where he can also win. Both franchises are far more built to win as soon as 2019 than the Phillies and especially the still-very-much-rebuilding White Sox, who likely are hunting big game a year too early.

By not jumping right away at a chance to sign with the Phillies or Sox, Harper is taking something of a gamble. Either of those teams could choose to instead spend their money on shortstop Manny Machado, this winter’s other marquee free agent. But I think Boras and Harper likely want to give the Cubs and Dodgers time to see if they can make trades to shed salary that could then be directed towards Harper without pushing a team too far over the luxury tax threshold.

Many Cubs fans have expressed about how quiet the organization has been thus far this offseason. But I don’t find the relative silence troubling. Theo Epstein and Jed Hoyer know the team needs to make improvements, and I’d say their stealth mode likely means they’re working on trying to pull off something big rather than nothing at all.

Will they? We’ll see. Because while the Winter Meetings may be over, the offseason has just begun.