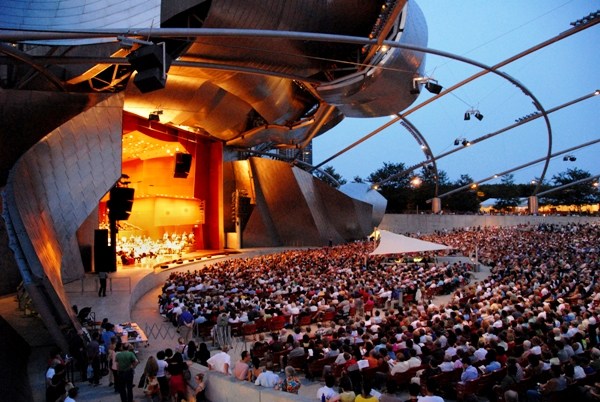 June is gone. July has passed. And Lollapalooza will be over on Sunday. But just in case you were starting to worry that the summer has somehow passed you by, you can stop stressing.

There’s still plenty of it left up in the Windy City.

In fact, August is filled with some of Chicago’s best summertime events. And to be sure you don’t miss your opportunities to enjoy the city this month, here are a few of suggestions.

In 1935, the Grant Park Music Festival – the nation’s only free, outdoor classical music series – debuted in Chicago’s “front yard” and soon established itself as one of the city’s finest cultural ornaments.

Featuring the Grant Park Orchestra and Chorus along with an array of guest artists, the Festival now actually performs in Millennium Park, making for its somewhat clunky name. But its music is divine.

At 7:30 p.m. Saturday evening inside Millennium Park’s Harris Theater, the festival featured “The Four Seasons of Buenos Aires,” billed as a tango twist on the Vivaldi masterpiece.

You might want to wait until after Lollapalooza, however, to attend the Festival. On Wednesday, it returns to its customary outdoor venue, the Jay Pritzker Pavilion, with Brahms’ Double Concerto and offers other shows through Aug. 18.

In 1929, Robert S. Abbott, the founder of the Chicago Defender newspaper, organized the first Bud Billiken parade, which has since grown to become the nation’s second largest parade and a fixture in Chicago’s African-American community.

Focused on education, the parade is billed by organizers as sounding “the clarion call for ‘Back to School’ to our children” and features celebrities, politicians, business leaders and plenty of youths.

This year’s parade begins at 10 a.m. at 39th Street and Martin Luther King Drive in the city’s Bronzeville neighborhood and continues south to 55th Street at Washington Park, site of the picnic.

With six blocks of artisans, vendors, merchants, live music and kids activities in the city’s Roscoe Village neighborhood, Retro on Roscoe has something for everyone. But it’s a particular heaven on wheels for classic car aficionados.

In fact, if you have a car or motorcycle that is 20 years or older and would like it to be part of the festival’s retro action, you can email Colleen Flood of Four Treys Bar at cjflood@comcast.net or call the tavern at (773) 348-1148.

For more information about the fest, visit retroonroscoe.com.

The best place to watch the Air & Water Show, held from 10 a.m. to 3 p.m. on Aug. 18-19, is from a high-rise rooftop (which I’ve done in the past) or from a boat on Lake Michigan (which I did last year). Access to those venues isn’t that easy, however, making North Avenue Beach the best land-level option.

I suggest parking at the Piper’s Alley pay garage on North Avenue just west of Wells Street and walking to the beach to nab a spot near Castaways Bar & Grill, site of the show’s announcer.