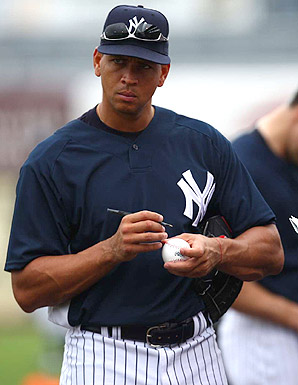 But Major League Baseball is wearing me out.

Every time we think the sport has made significant headway in its war against performance-enhancing drugs, a Ryan Braun or an Alex Rodriguez rears his duplicitous head. Again.

And then we’re back to questioning everybody.

So deeply has chemically-enhanced cheating infested our national pastime that New York Yankees slugger Mark Teixeira said last week he thinks there’s nothing that can be done to cure it.

Maybe not, Mark. But MLB could still try harder first, couldn’t it? It could get 100 percent tough and institute a penalty that’s 100 percent permanent. We could call it the “One Strike, And You’re Out” rule and it could declare that if a MLB player tests positive for PEDs just once, he is immediately suspended from the sport – for life.

If you want to scare baseball straight, that’s how you do it.