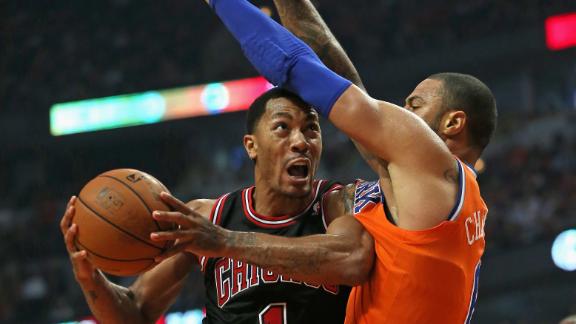 (CBS) I’ve criticized him for his questionable SAT test score.

I’ve felt bad for him when he missed free throws late in the NCAA Championship game. And I’ve been pumped for him when the Bulls won the top pick in his draft.

I’ve cheered him when he earned an MVP award. I’ve felt awful for him when he crumpled to the court with a torn ACL. And I’ve supported him when many fans ripped him for not returning before he felt ready.

Over the years, I’ve found a lot of the things that have happened to Derrick Rose interesting, and I’ve found him to be a fascinating basketball talent. But, with all that said, I’ve never really found the intensely reserved, painfully quiet and humble-to-a-fault Rose to be a particularly intriguing person.