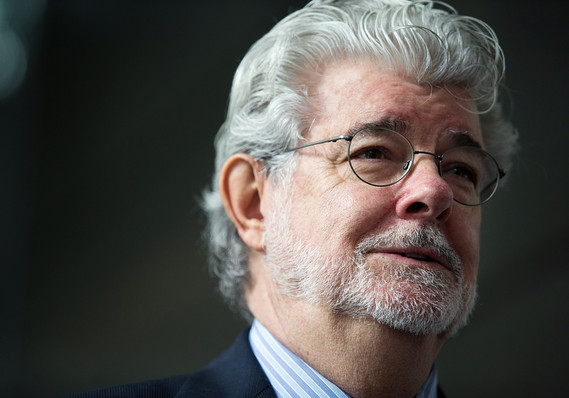 From the Saturday, May 24, editions of The Daily Journal (Kankakee, Ill.) and The Times (Ottawa, Ill.) …

With the proposed addition of the Lucas Cultural Arts Museum nestled along Chicago’s lakefront, Mayor Rahm Emanuel envisions a glittering civic gem that would complete the city’s Museum Campus and offer what he calls the “tourism and educational opportunity of a lifetime.”

The Friends of the Park, meanwhile, see only a Death Star.

And on that point, I think the group dedicated to preserving Chicago’s lakefront is unfortunately missing the forest for the trees.

Earlier this week, the city unveiled its proposal to offer movie mogul George Lucas a free parcel of lakefront land – the 17-acre parking lot between Soldier Field and McCormick Place – in the hopes of convincing the Star Wars creator to build his interactive museum on the property.

On Wednesday, Emanuel elaborated on the proposal, saying, “There’ll be no taxpayer support on this effort. And yet, an individual is willing – like Field, like Adler, like Shedd – to leave a legacy for the city by investing their own money, close to about $1 billion, in enriching the educational and cultural life of the city of Chicago.”

If those numbers are true – and in Chicago, you never know – that sounds like a great deal for both the city and the greater Midwest, as the museum would bring Hollywood-worthy attraction to what many on the coasts still consider to be “flyover country.”

Perhaps just as significantly, the museum would also transform an unsightly parking lot into a swath of new green space that the museum would call home. But don’t tell that to the Friends of the Park who said this week that it welcomes the Lucas Cultural Arts Museum, but not on “lakefront public open space.”

“The Lakefront Protection Ordinance specifically states that, ‘In no instance will further private development be permitted east of Lake Shore Drive,’” Friends of the Park President Cassandra Francis said Tuesday in a news release. “It is clear that the siting of the Lucas Museum in this lakefront location contradicts our prior city visionaries’ goal of continuous public open space along the lakefront.”

Board Chair Lauren Moltz added that while the proposed site is now a parking lot, it could some day be converted to park land.

“Once a building is in place, it is forever precluded from being public open space. This is not a new issue given Friends of the Parks’ mission and extensive public opposition to the proposed siting of the Chicago Children’s Museum in Grant Park. It is a slippery slope,” Moltz said.

I was in agreement with the Friends of the Park regarding the proposal to move the Chicago Children’s Museum to Grant Park. For one thing, it already had a good location at Navy Pier. And beyond that, I don’t think the Children’s Museum would have altered Grant Park for the better.

The Lucas Museum, however, would significantly improve the lakefront, and it makes little sense to advocate for new green space while simultaneously denying new green space simply because it would also be home to a museum.

On Wednesday, Emanuel rebutted the Friends of the Park’s argument saying, “You don’t take park land off and build a building. You take a parking lot and create new park space.

A big difference … it’s not an accident that all of the museum presidents in the campus have endorsed this idea because it will drive attendance … Our contribution is a parking lot. Mr. Lucas’ contribution is $700 million-to-$1 billion of his personal money.”

The Friends of the Park need to stop seeing only red.