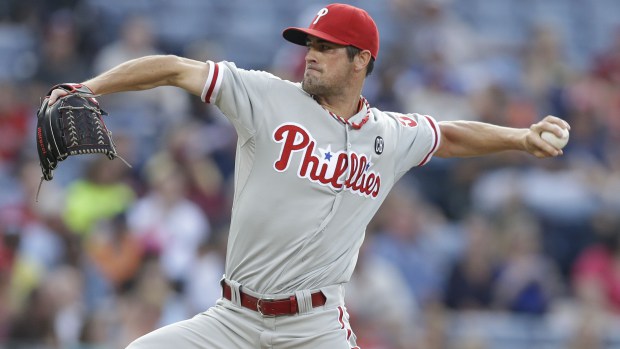 (CBS) The Chicago Cubs are loaded.

They’re loaded with cash after years of penny-pinching and with all those gaudy outfield ads on the way. They’re loaded with young talent, both on the big league roster or coming soon. And now, they’re both locked and loaded for free agency with new manager Joe Maddon ready to help lure others into the Wrigleyville fold.

But how exactly the Cubs plan to spend their riches this offseason is also a loaded issue – and Theo Epstein and Co. need to be careful with how they handle it.

Earlier this week, news broke that the Cubs reportedly have an interest in Phillies left-hander Cole Hamels, who they claimed on revocable waivers in early August before Philadelphia pulled him back following brief trade talks between the teams.

At 30 years old with a career record of 108-83 to go along with a 3.27 ERA, Hamels is an intriguing option for the Cubs, who are in serious need of front-line starting pitching. But is he their best option too?