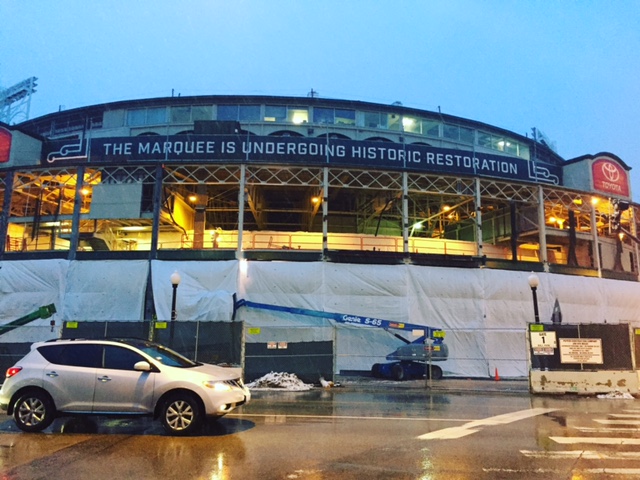 From the Saturday, Jan. 16, editions of The Daily Journal (Kankakee, Ill.) and The Times (Ottawa, Ill.) …

The weather may be frigid this weekend, but it’s only 33 days until Major League pitchers and catchers begin reporting to their spring training outposts on Feb. 18.

And that thought warms my heart – even if we actually have to wait until Feb. 19 for the White Sox to hit their camp, and Feb. 20 for the Cubs.

With that in mind, I have a few swings to take on the sports scene up in Chicago and down in Champaign.

That’s far behind the standards set by his Illini coaching predecessors Bruce Weber, who finished his fourth season in Champaign at 48-26 in the Big Ten (.649), and Lon Kruger, who was 38-28 (.576). Bill Self, meanwhile, didn’t stick around for four years, but posted a stellar 35-13 mark (.729) during his trio of seasons before bolting for Kansas.

Last Sunday, Groce pulled off a big upset when the Illini upended No. 20 Purdue 84-70 at State Farm Center, but none of the aforementioned numbers are encouraging for Groce’s Illinois career.

What might be, though, are the numbers posted by the man who was honored with a bobblehead during the Purdue game. After four years in Champaign, Lou Henson owned a Big Ten record of just 29-43 (.409). He didn’t enjoy a winning season in conference until his sixth year.

Henson, however, ultimately went on to win 214 Big Ten games, and today the basketball stadium’s court is named after him. So, if Groce is looking for career inspiration, he can find the can-do from the Lou-Do.

But he’d be a lot better off finding a lot more wins – and fast.

Last year, the Cubs snuck up on the entire National League with an out-of-the-blue 97-win season. But regarding the franchise’s dealings with the rooftop owners across from Wrigley Field, the Ricketts family has been content to play the long game.

And whether you agree or disagree with their tactics, there’s little doubt that they’ve played it well.

This week, the Rickettses acquired three more rooftops along Waveland Avenue, giving the family control of nine of the 16 clubs surrounding the 102-year-old stadium, with designs on owning more.

“The family continues to be interested in acquiring some of these buildings if there are owners who are interested in selling,” family spokesman Dennis Culloton told the Chicago Tribune. “It’s going to be very helpful for fans. We’re going to be able to create a variety of rooftop experiences for fans to choose from.”

I’ve long argued that the right thing for the Cubs to do would be to buy out the rooftop owners, with whom the franchise has a 20-year revenue sharing agreement through 2023.

I believe that’s actually always been the franchise’s ultimate plan – but only after the Cubs drove down the rooftops’ value by erecting Wrigley’s new jumbotrons and outfield signage.

Now that they have, they’re plucking them off. I’m not sure that’s necessarily good business, but it’s tough to say it isn’t savvy business.

Speaking of Wrigley Field, construction is again going full bore at the ballpark as Phase 2 of the renovation has stripped the building’s entire historic front façade along Clark and Addison down to its skeletal beams.

With the Cubs’ extended playoff run delaying construction, here’s to hoping that the rest of the winter is mild one, lest the Friendly Confines be left with a very unfriendly face come Opening Day.