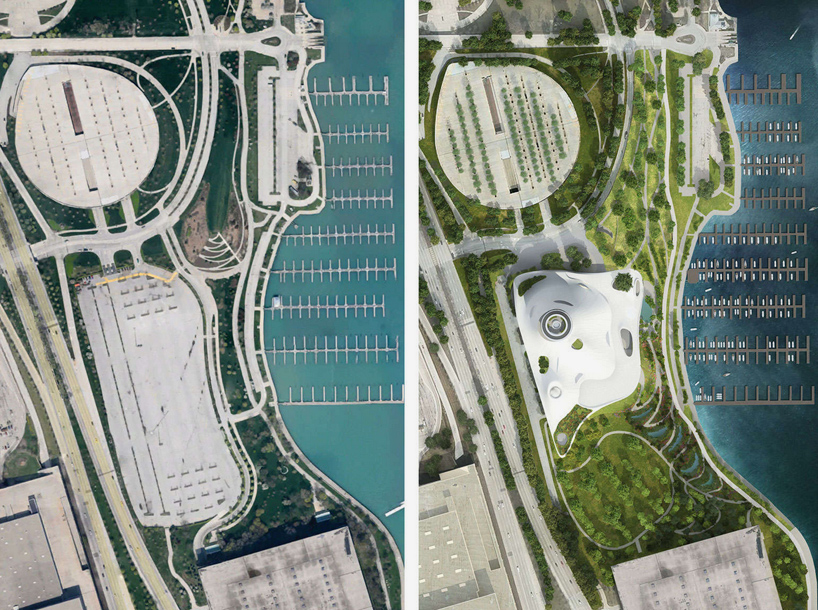 From the Saturday, May 14, editions of The Daily Journal (Kankakee, Ill.) and The Times (Ottawa, Ill.) …

I went exploring on Wednesday morning.

Left my condo on Chicago’s North Side, headed down to the South Loop, hung a left and hoofed it over to the Museum Campus, where I strolled past the majestic trio of the Field Museum, Shedd Aquarium and Adler Planetarium nestled along Lake Michigan’s lovely shoreline.

From there, I walked past Soldier Field and made my way to the most controversial piece of real estate in all of Chicago: the parking lot that would be the Lucas Museum of Narrative Art.

In an attempt to understand why the Friends of the Park are so adamant about protecting this plot of land, I wanted to get a good look at it.

And after taking a good look, I don’t get it.

The parking lot is just that, an unsightly blacktop surface lined with blue port-a-potties for tailgating Bears fans to relieve themselves. To the east, you don’t even see Lake Michigan. Rather, you see Burnham Harbor, then Northerly Island and beyond that Lake Michigan sprawls, out of sight.

Unlike the active northern end of the Museum Campus where tourists were entering Field and Shedd or riding Segways and Divvy bikes, the area near the controversial lot was desolate save the sporadic jogger and a lone park district worker blowing grass clippings from a footpath.

And in my book, that’s nothing worth “protecting.”

Here’s the reality about Chicago’s lakefront: it’s an absolutely remarkable resource and arguably the city’s greatest asset, but what truly makes our lake so great are the wonderful attractions that bring us to it.

Field Museum. Shedd Aquarium. Adler Planetarium. Soldier Field. North Avenue Beach. Oak Street Beach. Navy Pier. I can’t imagine Chicago without any of them. And I think the Lucas Museum – which would be dedicated to storytelling and narrative art, not just Star Wars as many seem to believe – could be a similarly great attraction that would bring visitors to a stretch of the lakeshore that currently is vastly underutilized.

I admire that the Friends of the Park wants to preserve the sanctity of open space Chicago’s lakeshore, but on this issue I very much believe that they’re failing to see the forest for the trees. Two years ago when the idea of the Lucas Museum first emerged, Friends of the Park board chair Lauren Moltz called further construction along the lakefront “a slippery slope” and argued that while the proposed museum site is currently a parking lot, it could some day be converted to parkland.

That’s nonsense. Unless the Bears relocate to Gary, that parking lot is never going away (the Lucas Museum design would bury it underground). And while I understand the “slippery slope” concept, I don’t at all understand a desire to protect a hunk of blacktop from a museum that would actually add green space, add culture and draw people to an area that wouldn’t be used by many even if it were park space right now.

Building the Lucas Museum on the site originally proposed wouldn’t create the $1.2 billion boondoggle that tearing down McCormick Place East might be. It wouldn’t “ruin” the lakefront, but rather would add yet another museum to the Museum Campus, where such Chicago institutions belong.

She’s right. Friends of the Park should acknowledge that reality and help the city better embrace the lakefront rather than work to isolate it.