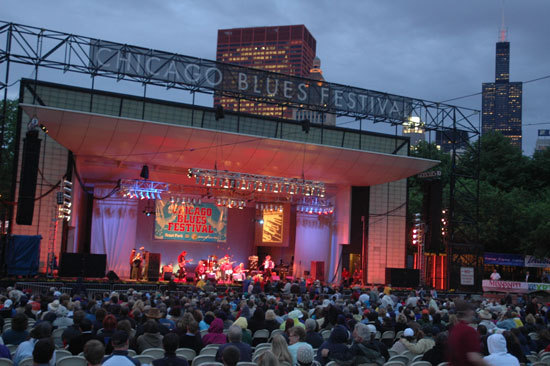 From the Saturday, May 28, editions of The Daily Journal (Kankakee, Ill.) and The Times (Ottawa, Ill.) …

So, it’s nice that in advance of Memorial Day the summer-like weather finally officially arrived in Illinois this week, although I’m still looking for our spring-like weather. Perhaps it’ll show up in October.

In any case, assuming this warmth sticks around, there are plenty of hot events in Chicago during June for you to enjoy it. Here are a few of my suggestions.

Think Oktoberfest in June … except it’s named after May … and spelled funny.

Actually, don’t think too much about it at all. Just enjoy Maifest, a four-day, German-themed event held at Lincoln and Leland avenues in Lincoln Square, the heart of Chicago’s German community. The festival honors the traditional celebration of the arrival of spring with live music, maypole dancing and, on the night of June 3, a traditional keg tapping and crowning of the May Queen, or the Mai Queen, or really the June Queen.

In any case, get more information at mayfestchicago.com – and yes, the URL is confusingly spelled with a “y.”

If you dig ribs, then there’s nowhere else you’ll want to be next month than Chicago’s North Center neighborhood where 50,000 pounds of ribs and BBQ will be dished out by more than 30 restaurants during Ribfest.

Located at Lincoln Avenue and Irving Park Road, Ribfest features the seventh annual “Ribmania” eating contest at 6 p.m. on June 10, as well as music all weekend. It also offers a family area with live entertainment for kids, including inflatables and games.

It’s the largest free blues festival in the world and still the biggest of Chicago’s many music festivals, with more than 500,000 music lovers gathering in Grant Park to watch the best blues artists perform on five stages over three days for the 33rd annual Chicago Bluest Festival.

The event features panels, speakers and special activities for kids at the Lil’ Lit Park with this year’s author lineup including best-sellers and big names such as astronaut Buzz Aldrin and O.J. Simpson prosecutor Marcia Clark.

For a full schedule, visit printersrowlitfest.org.

Lined with many of the city’s most celebrated restaurants, Randolph Street in the West Loop is the dining Mecca of Chicago. And for the 20th consecutive summer, it’s also home to the Taste of Randolph – a three-day celebration of food stretching six blocks from Peoria Street to Racine Avenue.