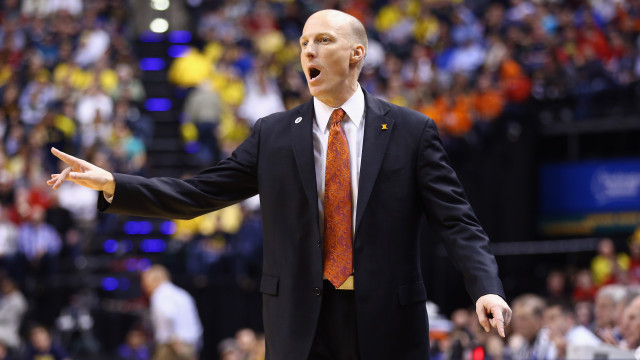 From the Saturday, Jan. 14, editions of The Daily Journal (Kankakee, Ill.) and The Times (Ottawa, Ill.) …

Tired of bubble teams. Tired of apathy towards a program – and a sport – that I love. And tired of once-demanding fans settling for mediocrity.

Basically, I’m tired of being tired about the tired state of Illini basketball.

As Illinois prepares for its game today vs. Maryland at State Farm Center, the program stands at a crossroads. Fifth-year coach John Groce wants to convince us (or perhaps himself) that it’s headed one way – “We took a step in the right direction,” he said on Wednesday after beating Michigan 85-69 – while much of Illini Nation sees a program that’s stuck in neutral at best.

Or at worst is headed further into the abyss or irrelevancy.

What I see is a team that at 12-5 overall, 2-2 in the Big Ten, may indeed be better this season than it was last year (15-19, 5-13), but is far from as good as it should be. Five years into any coach’s tenure at Illinois, the program should be fully established, not still scrapping just to be in the conversation for the NCAA Tournament, which Illinois inexcusably hasn’t even reached since 2013.

With a healthy, veteran roster this was supposed to be season that Groce proved himself. At least, that’s what his supporters told us. As the Illini have struggled, however, some have resorted to arguing that it’s next season when the Illini will really bust out once its highly ranked recruiting class arrives.

At this point, Illinois has stolen the Cubs’ “Wait ’til Next Year” refrain, and while many fans believe Groce simply needs to reach the NCAA Tournament to ensure his job status for 2018, I don’t.

Merely making the Big Dance as a bubble team wouldn’t be an achievement, it would be a disappointment. To earn another year, I think Groce needs to make the NCAA tournament comfortably ­– and win a game.

Before that, though, Illinois win a road game. Any game. At Illinois, Groce is 11-27 away from home in the Big Ten and, according to Derek Piper of Scout.com, has lost his last seven road games against ranked foes by an average of 20.7 per game. Tack those numbers onto Groce’s meager 65-75 overall record in conference games in eight seasons as a head coach at Ohio and Illinois and it’s not a good look.

Illini fans deserve far better, and if Groce can’t prove my assessment wrong, they should demand it.

This week on Twitter I asked if the Bears should use their No. 3 overall pick to draft Clemson’s national champion quarterback Deshaun Watson.

While I doubt Watson is the third-best talent in the draft, he does intrigue me. And the Bears won’t snap their championship drought until they have a true franchise quarterback. Now, is Deshaun that guy? I don’t know. But if the Bears do draft him, I won’t complain about it.

There was a lot of Kyle Schwarber news this week (He wants to catch! Joe Maddon wants him to lead off!), but none of it made my eyes pop more than this quote about Schwarbs from Miguel Montero in the Chicago Tribune:

Big words for a big fella.