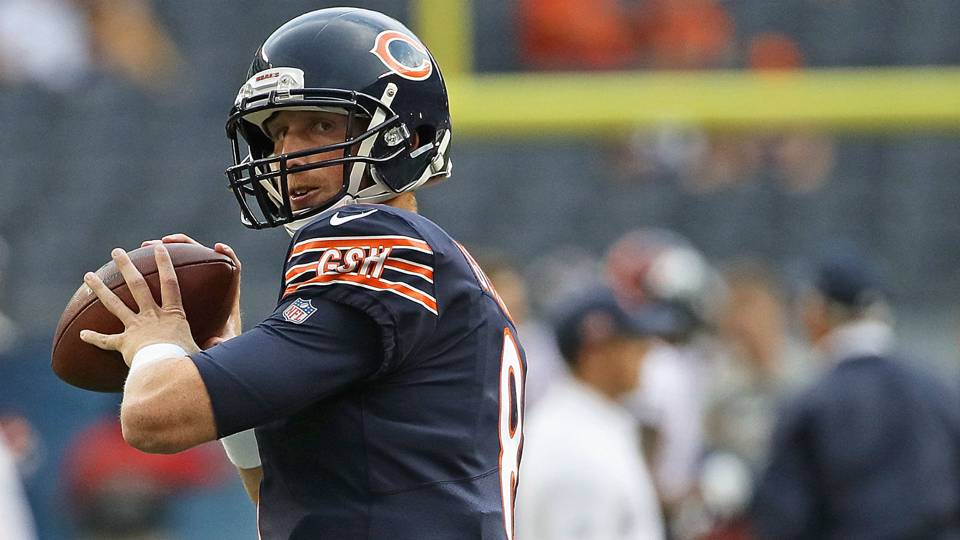 From the Saturday, Sept. 9, editions of The Daily Journal (Kankakee, Ill.) and The Times (Ottawa, Ill.) …

From 2010 to 2014, the Chicago Cubs lost 464 games, finished in last place every season, and made the Friendly Confines a downright hostile environment for winning baseball.

It was a brutal stretch to be sure. But with the benefit of hindsight, every Cubs fan would gladly endure it all over again considering how during the next two seasons all that losing led to 200 victories and a World Series championship.

Enter the Chicago Bears, who from 2014 through 2016 have gone 14-34, finished in last place every season and made Soldier Field a losing battleground for winning football. As the Bears prepare to kick off the 2017 campaign on Sunday against Atlanta, we may be in for more of the same.

But, because of the Cubs, I’m actually A-OK with that.

Following the NFL Draft this past April, my opinion – ­­­which ran quite contrary to popular one at the time – was that I actually liked what the Bears did. It appeared to me that general manager Ryan Pace was executing a plan during the draft to acquire the young offensive talent – including quarterback Mitch Trubisky – that he and his staff had targeted, no matter the cost.

I wrote that I had no idea if it will work out – nor do I today, although Trubisky has looked very promising – but I was more than willing to let this plan play out. I still am. And, not unlike the Cubs, I think that plan may involve losing big again in 2017 to pave the way for more high draft picks in 2018, this time with perhaps a heavy focus on defensive talent.

We’re yet to see whether Pace can prove to be a gridiron version of Theo Esptein and bring an elusive Super Bowl championship to Chicago. But for what’s been a directionless franchise for far too long, I’m pleased to finally see some direction with the Bears. And if that leads to another awful season in 2017, that may actually prove to be best in the long run.

After all, just ask Cubs fans.

What does the Fox say?

No coach in Bears history has suffered through three consecutive losing seasons and kept his job. Current Bears coach John Fox is 9-23 in his first two seasons and staring at a bad hand as he enters Season 3.

In keeping with the Cubs-Bears theme, Fox is looking a lot more like Dale Sveum or Rick Renteria right now than Joe Maddon. In other words, I doubt that Fox will be the coach when the Bears win big again.

It’s been a topsy-turvy season for the Cubs, but this I do know: Nobody is going to be eager to play them in October – should the defending champs get there. With their overall talent and experience, the Cubs remain as dangerous as anyone in the National League, where the potential postseason landscape has become quite fascinating.

The powerhouse Dodgers are suddenly collapsing, perhaps under the weight of expectations. The Nationals still need to prove that manager Dusty Baker can win a postseason clincher (he’s 0 for his last 9). And then there’s the red-hot Diamondbacks, who remind me of the 2015 Cubs team that emerged from the Wild Card game to topple the 100-win Cardinals.

Arizona has already swept the Dodgers twice this month and could do the same to L.A. in the NLDS. But if so, would the D-Backs experience an emotional letdown in the NLCS, a la the 2015 Cubs vs. the Mets?