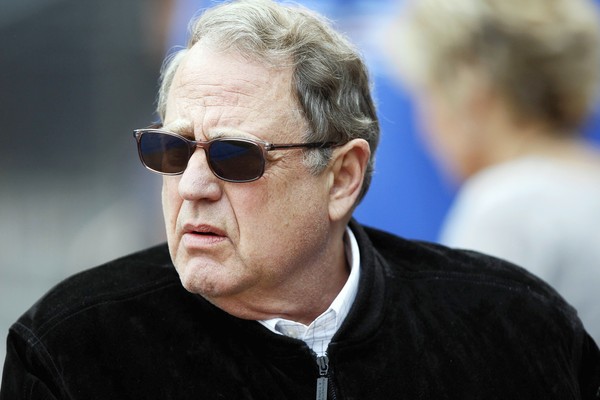 From the Saturday, Dec. 16, editions of The Daily Journal (Kankakee, Ill.) and The Times (Ottawa, Ill.) …

It’s one thing to have a plan.

It’s another thing to stick to one.

The Cubs had one, and they stuck to it. The White Sox have one and … well, will they stick to it?

I’d say that very much remains to be seen.

This week during Major League Baseball’s Winter Meetings in Orlando, the stunning news broke that Sox had offered up a package of top prospects to trade for Baltimore’s All-Star third baseman Manny Machado, despite the fact that the slugger is slated to become a free agent after the 2018 season.

Just 25 years old, Machado is a monster talent and would be a great addition to a great many teams. But I struggle to see how he makes sense for the Sox at this stage of the team’s rebuild – which, like the Cubs’ successful plan, is expected to involve a lot of youngsters, a lot of losing and a lot of high draft picks.

Machado is a guy you add if you’re looking to win – both now and later, not just later. Unless the Sox are extremely confident that they can sign him to a long-term deal before he hits free agency – a huge gamble considering Machado’s agent is Scott Boras and other deep-pocketed organizations covet him – it’s illogical to give up top prospects for a guy who could be nothing more than a rental during what’s supposed to be a rebuilding season.

Whether the Sox land Machado or not, the team’s pursuit leaves me wondering if 81-year-old Jerry Reinsdorf really has the stomach to follow through on a long rebuild. Doing so can certainly result in a lot of indigestion, but there’s also nothing more filling than successfully seeing it through.

Just ask the team on the North Side.

Maddon is out of order

Speaking of the Cubs, it’s one thing to have a plan.

It’s another thing to admit when it was wrong.

But don’t ask Joe Maddon, whose plan last season was to bat Kyle Schwarber at leadoff. That turned out to be a colossal failure, but now, inexplicably, the Cubs manager is threatening to do it all over again.

This week in Orlando, Maddon said he wouldn’t rule out sticking Schwarber back in the leadoff spot, despite the fact that he batted an anemic .191 in the role last season.

“Obviously we’ve got to see what the team’s going to look like in its entirety,” Maddon said. “Schwarber obviously could lead off — if he is hitting like Schwarber. (If) he’s accepting his walks and he’s got his .250-plus batting average, and his on-base (percentage) is going to be a hundred points over his batting average. I really believe that (he will).”

We all know that Joe Maddon has never made a mistake – just ask him. His stubbornness is the worst thing going against the Cubs, and if Joe really is considering Schwarber at leadoff again, Theo Epstein must nix the nonsensical notion and allow the newly streamlined slugger (who has dropped up to 25 pounds this offseason) an opportunity to flourish in a role he’s comfortable in.

Joe, when it comes to Schwarbs, it’s time for a new plan, man. Just admit it.

Speaking of plans, I’m not exactly sure if the Bears and Bulls have them.

But my advice for both struggling organizations this season has always been to follow that path previously blazed by the Cubs, who won by losing (a lot). Both franchises need more talent (a lot), and while the team’s recent wins have been fun to see on a surface level, I question how much they help at their core.

High draft picks will, though.