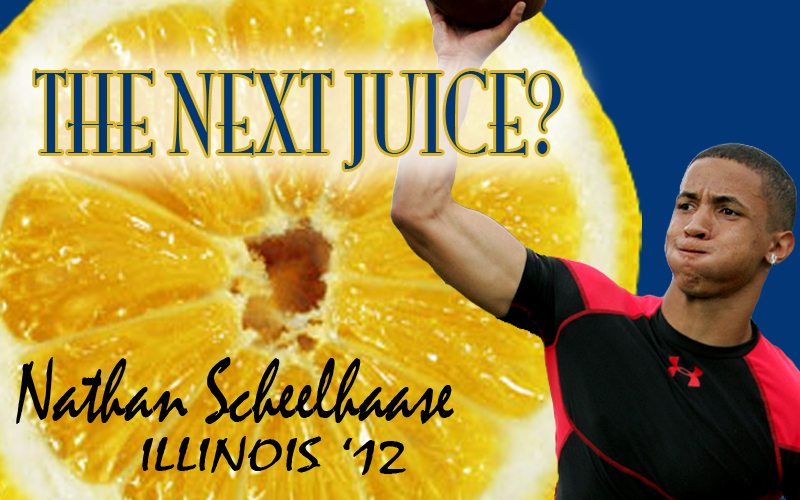 These days, though, the guy’s just sore.

Back in 2010, as you might recall, Scheelhaase looked like he was a budding star during his redshirt freshman season.

But now, as a junior he just looks, well, bad.

Looks, of course, can be deceiving. And in Scheelhaase’s case – just like Juice Williams’ before him – I think they indeed were.

To be fair, this rough autumn for Illinois’ veteran signal caller hasn’t been all his fault. After all, not only has Scheelhaase seen the Illini give up a whopping 32 sacks – 10 more than any other Big Ten team – he’s also suffered the brunt of most of them (17) even though he hasn’t been on the field for part or all of four games due to injuries.

Heck, even Jay Cutler probably feels sorry for the guy.