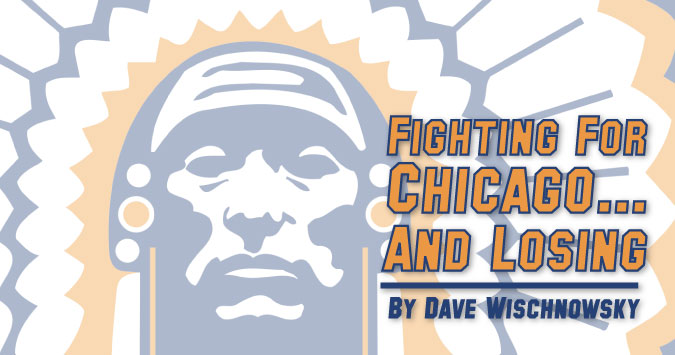 My piece today for ChicagoSide, which also appears in this week’s edition of Time Out Chicago …

Over in South Bend, Domers are talking about a national title. Up in Evanston, Northwestern’s Wildcats are looking like a legitimate Big Ten team. And out in DeKalb, the directional arrow for Northern Illinois is pointing straight up—again.

It’s great to be a college football fan in Illinois.

Unless you’re a fan of Illinois.

In Champaign, the mood is blue with almost no orange shining through. Having been outscored 263-87 over the past seven games, life is rough for the 2-8 Fighting Illini and their embattled first-year coach Tim Beckman. And the success of Notre Dame, NU, and Northern Illinois is only making things worse—possibly for years to come.

In August 2011, Mike Thomas took the reins from Illinois’ retiring athletic director Ron Guenther, who during his long tenure in Champaign never displayed a great desire to aggressively promote the Illini brand in Chicago. However, during his introductory press conference, Thomas announced that he wanted to strengthen Illinois’ presence up north.