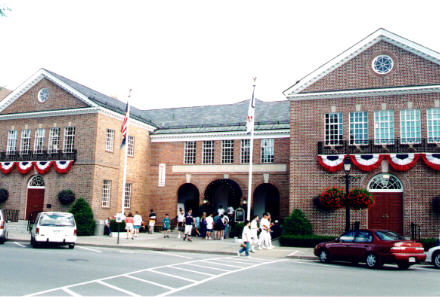 From the Saturday, Jan. 19, editions of The Daily Journal (Kankakee) and The Times (Ottawa) …

In a perfect world, the summer of 2013 would be a banner one in Cooperstown, N.Y. But, as Lance Armstrong could have told Oprah this week, we don’t live in a perfect world.

And, as a result, ’13 proved to be an unlucky number for the likes of Barry Bonds, Roger Clemens and Sammy Sosa. I suppose the same could be said about sports fans as well after no one was elected to the Baseball Hall of Fame last week, but I don’t think so.

After all, I’m glad Cooperstown was shut out.

Considered among baseball’s all-time greats based upon their stats and athletic feats, not one of the “PED Three” of Bonds, Clemens and Sosa came even close to being elected into the Hall of Fame last week by the Baseball Writers Association of America.

The same goes for first-time nominees Craig Biggio, Mike Piazza and Curt Schilling, as well as every other man still on the HOF ballot, from Mark McGwire to Jack Morris. But whether the candidates were dirty or clean, I’m glad that none of them one are entering the Hall come July. And I hope that the Veterans Committee keeps it that way when their Class of 2013 votes are eventually announced.

Last July, in my sports blog at CBSChicago.com, I wrote that I wanted to see voters impose a one-year ban on all Hall of Fame inductions as a nod to the integrity of our national pastime – or what’s left of it, at least.

Because of Bonds’, Clemens’ and Sosa’s direct links to steroids, I didn’t want any of them to be voted into the Hall of Fame. Based upon the chilly reception that proven steroid users McGwire and Rafael Palmeiro had already received from voters, I didn’t expect that they would be.

I wasn’t so certain, however, about Biggio, Piazza and Schilling. None of them have been directly linked to steroid use – Schilling has gone so far as to say steroid users don’t belong in the Hall of Fame – although suspicion has swirled around each. But, while I don’t believe that you can keep a player out of the Hall on suspicion alone, I wasn’t convinced that any of the three were true “first-ballot” HOFers even if you removed the thought of PEDs from the equation. Apparently, the voters agreed.

Without their inductions, I didn’t think that Cooperstown would crumble. And it still won’t if longtime Hall of Fame outsiders Jim Kaat and Gil Hodges are denied induction by the Veterans Committee, which voted in December at the MLB Winter Meetings in Nashville.

My hope is the vets also pitched a shutout, because I think that a void in Cooperstown this summer would speak volumes for baseball. For anyone who has attended the Hall of Fame’s Induction Weekend (I was there in 2010 when Andre Dawson earned his plaque), you know how big an event it is for the town each July.
But year without a Hall of Famer would be huge for the sport, serving as a sobering way to cleanse our baseball palate as we (hopefully) emerge from this era of steroid-marred ugliness.

If Jack Morris truly is a HOFer, he can enter in 2014, his final year of eligibility. The same goes for Kaat, Hodges, Biggio and anyone else worthy, who can join the good-vibes trio of Greg Maddux, Tom Glavine and Frank Thomas, who all become eligible this fall.

There are brighter days ahead for baseball. But, this year, the Hall needs to stay dark.