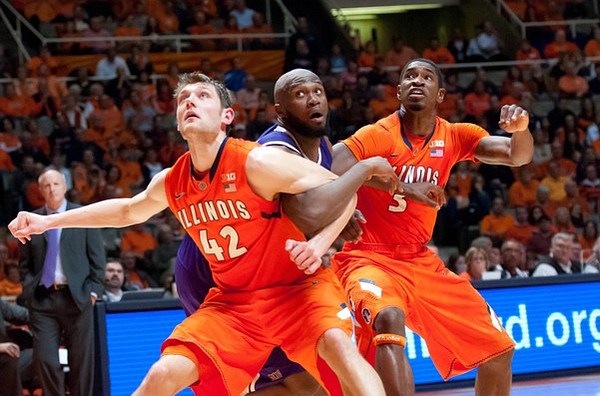 (CBS) The last time Illinois and Colorado squared off in a game that truly meant something, the Fighting Illini fell far behind, staged a furious comeback and escaped with a dramatic one-point victory.

On the football field.

On Sept. 15, 1990, the 9th-ranked Buffaloes invaded Memorial Stadium and stampeded to a 17-3 lead before quarterback Jason Verduzco rallied the No. 21 Illini with a game-winning 63-yard drive capped off by Howard Griffith’s 1-yard TD dive with just 1:18 left.

Come Friday afternoon, the stakes will be both bigger – and smaller – for the teams when 7th-seeded Illinois (22-12) and 10th-seeded Colorado (21-11) meet in the teams’ NCAA Tourney opener.

Pundits nationwide seem split on whether the inconsistent Illini can beat the upstart Buffs, but I’m guessing that most Illinois fans would be just fine with the team pulling off another one-point victory over CU.