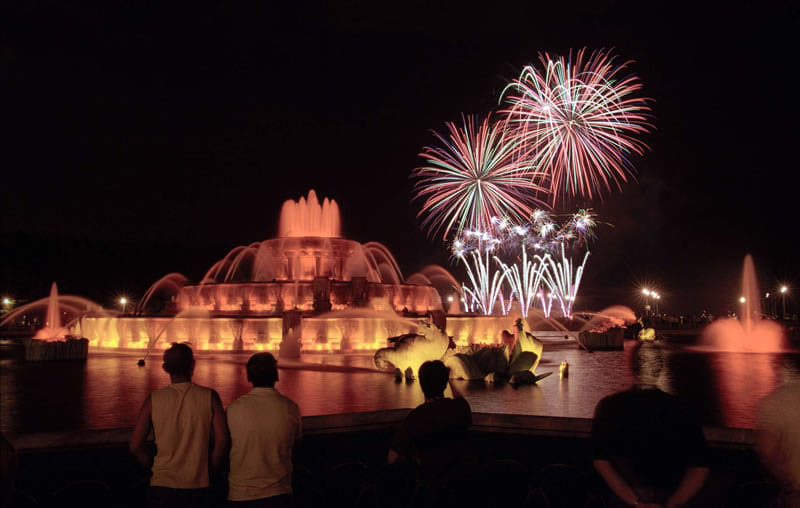 I’ve long considered it to be summer’s favorite city, but these days Chicago and the season aren’t getting along in quite the same way that they used to.

Whether that’s a bad or good thing is up for debate.

What’s inarguable, however, is that the face of summertime along Lake Michigan has changed dramatically over the past few years. And due to continuing budget constraints, both locally and nationally, the alterations don’t appear likely to stop anytime soon.

Chicago’s summer facelift began subtly enough in 2009 when the city announced that it was nipping Venetian Night, a late-July staple at Monroe Harbor for 52 years that drew big crowds by mixing a parade of brightly colored boats with an even more brightly colored fireworks display.

Two years later in 2011, the summertime celebrations fizzled further when Chicago got out of the Independence Day fireworks business by announcing it would have no July 3 or July 4 show – not even a scaled-down version, which the city opted for in 2010.

The purpose of the fireworks cuts was to help reverse the $7 million in losses that the Taste of Chicago had suffered over the previous three years. But it didn’t work very well. Last week, in regards to the Taste, Alderman Bob Fioretti (2nd) proposed non-binding legislation in Chicago City Council for hearings to “question the sagacity of what is fast becoming a losing proposition.”

In other words – or, you know, English – Fioretti isn’t a believer in the profitability of the 33-year-old Taste, which again lost $1.3 million in 2012 according to the Department of Cultural Affairs and Special Events. He wants to either restructure the food festival or eliminate it altogether.

Chicago revelers also received another pie in the face earlier this month when news broke earlier that the city’s other marquee summertime event – the 54-year-old Air and Water Show – would now be without its most buzzworthy attraction this August.

Due to the current sequestration battles in Washington, all flyovers and events for the United States Air Force Thunderbirds after April 1 have been canceled. Barring a break in the financial impasse, the fighter jets will be absent in the Windy City, according to Thunderbirds spokesman Maj. Darrick Lee. The Army’s Golden Knights parachute team may have to bail out of the show, as well.

Such absences are likely to cause attendance at the Air and Water Show to sink significantly, although some people – namely those city dwellers who dislike the noise that comes with the jets – won’t miss the Thunderbirds from the Air Show. And if it was to vanish, many other Chicagoans wouldn’t miss the Taste, which Chicago Magazine calls “too touristy, too lazy and too drunk.”

Now, I’m not a die-hard fan of the Taste or the Air Show, but I do still like knowing that they’re being staged for those who are. From my view, the diminishment of such spectacles – or the elimination of in the case of Venetian Night and the July 3 Fireworks – diminishes Chicago as a major world city.

And while I’m a strong proponent of curtailing spending in order to balance budgets, I’m not a proponent of also sucking all the fun out summertime in the city that’s built for the season. As Ald. Patrick O’Conner (40th) said in rebuttal to Fioretti’s proposal to potentially scrap the Taste completely, “We can’t just be a for-profit center. We still have to provide things that are fun for people in the city and that allow us to showcase what we have.”

Here’s to hoping that while find ways to tighten its belt, Chicago doesn’t also end up letting its summers completely go to waste.