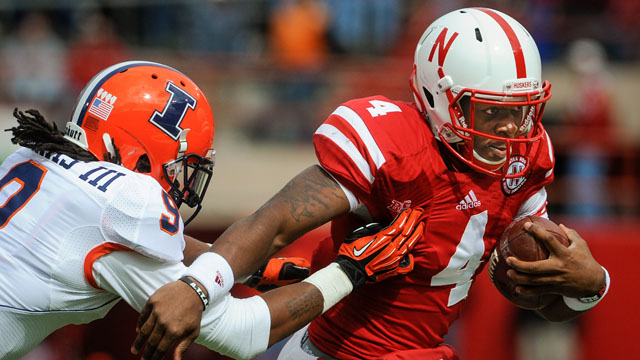 (CBS) In June 2010, I was walking to my gym in Chicago when I spotted a vanity plate on a BMW parked in the lot outside. It read: “CHI TWN” – on a Nebraska plate.

A moment later, the car’s owner – a Chicagoan now living in Omaha – walked up to the car and said to me about the plate, “When I applied for it, they asked me at the DMV, ‘What’s Shy Twin?’

Three years later, having since joined the Big Ten headquartered in Shy Twin, er … Chicago, Nebraskans have likely gotten much more familiar with their Midwestern neighbors to the east, from the Windy City to Madison to Columbus.

But not Champaign, a place the Cornhuskers football team still won’t visit as a Big Ten member until 2014. On the flip side Illinoisans have also been missing out on a chance to visit the other Memorial Stadium in Lincoln for a football game – until this weekend, that is.

Yes, two years after Nebraska officially entered the Big Ten, Illinois is finally officially entering Nebraska. And I’m looking forward to being in attendance on Saturday morning when the Illini (3-1) open the conference season against the Huskers (3-1).