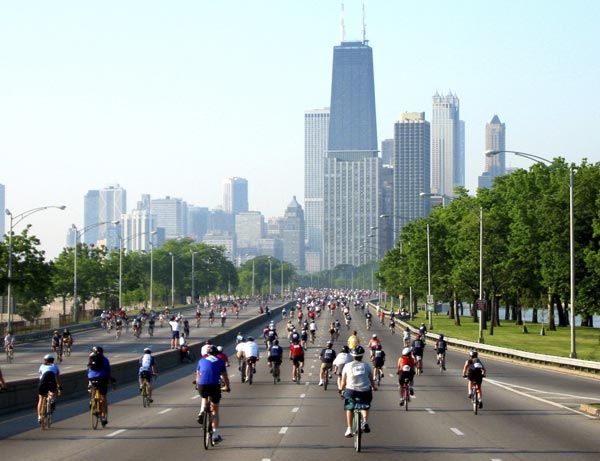 From the Saturday, April 30, editions of The Daily Journal (Kankakee, Ill.) and The Times (Ottawa, Ill.) …

If April showers really do bring May flowers, then after this wet week we should get enough to fill the Chicago Botanical Garden twice over.

Now, I can’t actually speak with any certainty on impending flora, but I can confirm that the city will be blooming with street art in May thanks to the Wabash Arts Corridor Big Walls, a new festival from Columbia College. The event, which kicks off on Sunday and runs through May 13, brings 18 artists from around the world (including Chicago) to transform the look and feel the South Loop through huge permanent murals along Wabash Street.

Once completed, the area reportedly will have one of the densest concentrations of public art in the world. To learn more about the festival and its public conference on May 5, visit wabashartscorridor.org/bigwalls.

And to learn more about some of the other great events taking place in Chicago next month, simply read on.

There may be cities with more famous comedy clubs (hello, New York and L.A.), but there’s no better improv scene than Chicago. And there’s no better month for improv in town than May when it celebrates the art of “yes, and …” during the Improv Festival at venues across the city.

On May 7, you can when the venerable stadium hosts the Chicago Beer Classic on its turf. This lively event includes two sessions (11 a.m. to 2:30 p.m. and 3 to 6:30), and as Chicago’s largest beer fest it features a fantastic lineup of brewers, including Bourbonnais’ own Brickstone.

Kids and Kites Festival
May 7

If kites are more your speed than beer, you and the family can celebrate the arrival of spring on May 7 during the free, outdoor Kids and Kites Festival held at Cricket Hill in Lincoln Park.

During the event, kids can fly a kite or watch professional demonstrations. Free paper kites will be provided, but families also can purchase more elaborate models from an array of vendors.

Back to brew, the greater Chicago area will play host next month to hundreds of events from special $4 tastings of rare beers to beer dinners during the 7th Annual Chicago Craft Beer Week, which actually lasts longer than a week (not that anyone is complaining).

For a full rundown, visit chibeerweek.com.

During the Lincoln Park Wine Festival, oenophiles will get the opportunity sample more than 80 wines from around the world against the backdrop of classical music in the heart of Chicago. Very sophisticated.

Bike the Drive
May 29

I don’t own a bike, but if I did, I would definitely Bike the Drive. The 15th annual event, held this year on May 29, allows bicyclists to cruise down gorgeous Lake Shore Drive as the city closes the thoroughfare to car traffic for one morning.

Participants in Bike the Drive can ride south from Byrn Mawr Avenue to the Museum of Science industry (and back) – a distance of 30 miles round-trip – during the five hours of car-free time, beginning at 5:30 a.m.