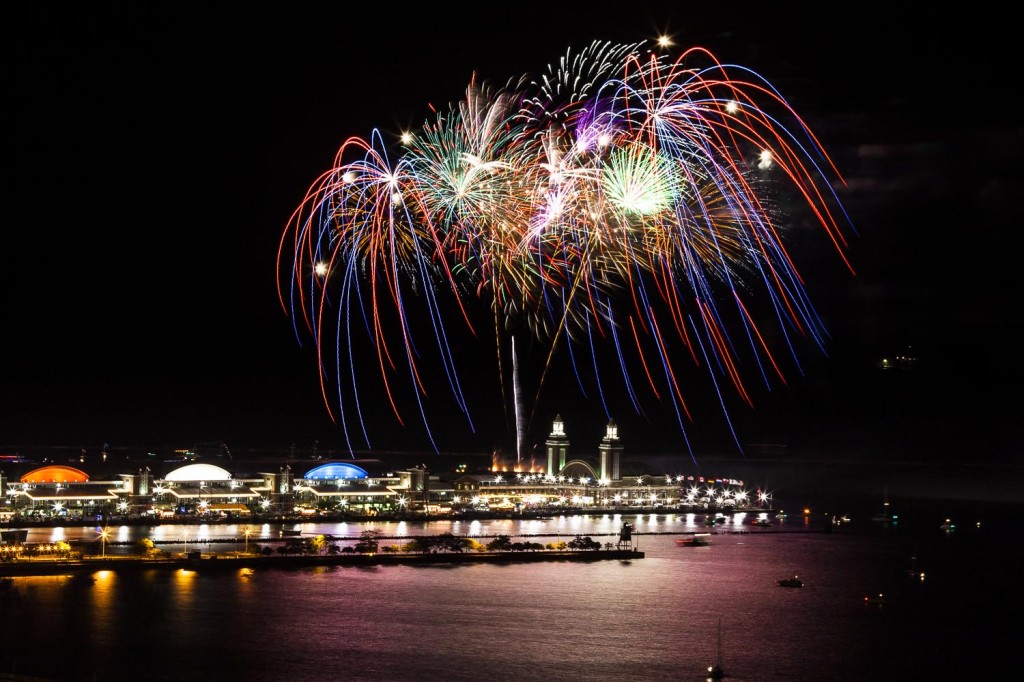 From the Saturday, July 2, editions of The Daily Journal (Kankakee, Ill.) and The Times (Ottawa, Ill.) …

Happy Independence Day Weekend, otherwise known as the 240th anniversary of the day America pulled its own Brexit back in 1776.

The United Kingdom’s decision last week to depart the EU has set off a lot of political fireworks, but if you’re looking to enjoy some traditional ones this weekend in Chicago, Navy Pier has its July 4 fireworks extravaganza set for 9:30 p.m. on Monday night.

To get the best free views of the show, you can head to the pier itself or to Millennium Park. Or you can splurge for a last-minute ticket for Navy Pier’s Freedom Fest, which features a DJ, BBQ for sale and a cash bar along with rooftop views. For details, visit chitownevents.com.

And for other entertainment options in Chicago during July, read on.

On July 4, 1980, the city of Chicago blocked off Michigan Avenue between Ohio Street and Wacker Drive, anticipating a crowd of 100,000 for the inaugural Taste of Chicago. More than 250,000 showed up, cementing the Taste’s place on the Windy City’s summertime calendar forevermore.

Next week, the Granddaddy of Food Festivals returns for its 37th installment hawking many of the old standards along with six new food trucks (including Da Lobsta and Firecakes Donuts) and 11 new pop-up restaurants (including Taco in a Bag, Pork & Mindy’s, and Gus’s World Famous Fried Chicken). The music lineup, meanwhile, features The Roots (July 6), Billy Idol (July 9) and the Isley Brothers (July 10).

Due to road construction, the Roscoe Village Burger Fest has relocated for 2016 to a new location along Clybourn Avenue from Diversey to Wellington, but it’s still serving up everything from veggie to ground beef to steak burgers from some of Chicago’s tastiest restaurants.

On Thursday, July 14, Chicago unleashes its inner Francophile during the free Bastille Day celebration, held from 5:30 to 9 p.m. at Montrose Beach and featuring French-themed entertainment, music, performances and activities for all ages.

Among the highlights will be a demonstration of the French sport pétanque prior to the Course de Garçons de Café, during which waiters from Chicago’s French restaurants race while balancing trays of wine glasses filled with Grand Cru. The night is capped off with an outdoor movie screening of the French-language animated film The Rabbi’s Cat.

Featuring mouthwatering meat and big-name country music acts, the Windy City Smokeout is back from another go-around along the Chicago River at 560 W. Grand.

Less hectic than the Taste of Chicago, this event near the Chicago River at Kingsbury and Erie is more along my summertime tastes.

Now in its 15th year, the Taste of River North again features delicious food and drinks from neighborhood hot spots such as Taco Joint, Kinzie Chophouse and The Kerryman, along with music from the city’s best cover bands, including Sixteen Candles and Rod Tuffcurls & The Bench Press.