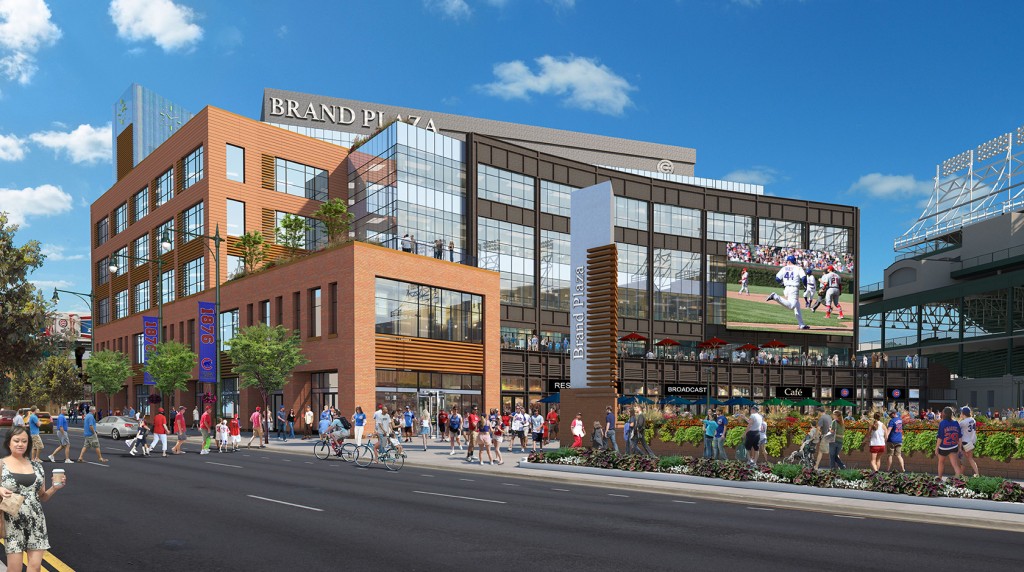 From the Saturday, June 25, editions of The Daily Journal (Kankakee, Ill.) and The Times (Ottawa, Ill.) …

Save perhaps Cleveland, Wrigley Field is the happiest place on the planet these days. So why on Earth are the Chicago Cubs crying foul?

Well, you can count the reasons over beers — and in dollars. And while I’m all for the Cubs making cash, I’m counting their complaints out.

On Wednesday, the family that owns the best team in baseball was given the authority to serve beer and wine at a sprawling outdoor plaza adjacent to Wrigley Field. But Mayor Rahm Emanuel and the City Council also slapped a list of limitations on when and how the Rickettses can do it, which has left them as frustrated as a .200 hitter facing Jake Arrieta.

Prior to council approval, Cubs spokesman Julian Green told the Chicago Tribune, “What’s been regarded as a compromise [by Emanuel] puts in motion a bizarre set of parameters which further restricts us from operating the plaza as an asset that’s accessible to the entire community.”

Particularly rankling the Cubs is a rule that allows only game and event ticket holders on the plaza when the team is playing or concerts are underway, with Green saying that will force the Rickettses “to build a wall to keep out non-ticket holders, including Chicago residents and tourists who want to enjoy the game-day experience around Wrigley Field.”

But, really, let’s keep Donald Trump out of it.

The truth is, the parameters placed on the plaza aren’t bizarre. Rather, they’re prudent for a neighborhood that already offers myriad ways for Chicago residents and tourists to enjoy the game-day experience around Wrigley. The dozens of establishments within stumbling distance of the ballpark are what make Wrigleyville a neighborhood unlike any other.

I’ve been to the Ballpark Village entertainment district outside Busch Stadium in St. Louis, and it’s an impressive set-up featuring bars, restaurants and giant television screens to watch the Cardinals play. But I’m also told that the team-owned district has killed off much of the existing bar scene surrounding the ballpark.

That’s unsettling, because as excited as I am for the Cubs’ new plaza, I’m equally disinterested in Wrigleyville becoming Rickettsville and a Cubs version of Disney World.

As a longtime resident of the area, I love the authenticity of the neighborhood around the ballpark, and I want to see it remain diverse, and robust. But beyond that, for those who live nearby, I’m leery of the unknowns involved in opening a huge new plaza that may attract thousands more people to what’s already a very congested, rowdy area.

So too is the city, with Alderman Tom Tunney saying this week, “I think this is an incremental ordinance that allows us to get our feet wet, to crawl before we walk, before we run, and I think there are protections for the residents and the small businesses here. It’s not all just about Wrigley. … I’m interested in how we navigate what we’ve already approved before we give away the store.”

Since the plaza rules were announced, people have argued to me that it’s a case of “Big Government” run amok. I’m certainly no fan of “Big Government,” but I am a fan of governments actually governing. And that’s what I see here. Tunney’s concerns about safety are legitimate.

The plaza rules also aren’t permanent. They expire after three years, and should be revisited once we know more about how the space works. That might come in October when the plaza could be opened to the public on a trial basis — with plenty of security — if the Cubs reach the playoffs.

And maybe the World Series?

I think the Cubs and the city could both drink to that.