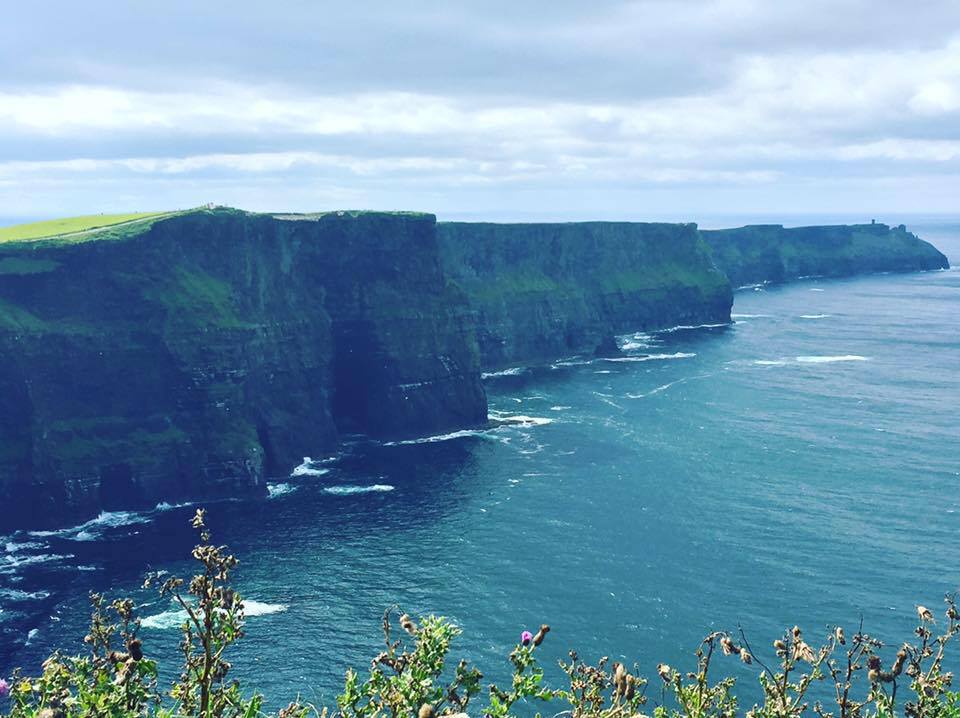 From the Saturday, Sept. 17, editions of The Daily Journal (Kankakee, Ill.) and The Times (Ottawa, Ill.) …

During our adventures this month throughout Ireland and London, my wife and I learned a lot.

We learned that the Irish love U2, but hate Bono (“He’s too political!” one Irishman ranted. “Just sing the songs!”). We learned that there are 3 million bubbles in a single pint of Guinness (we performed considerable field testing). And we learned that surfing is an actual thing in Ireland (very pale lifeguards).

In London, we learned that Lady Gaga was staying in our hotel (she didn’t find us to say hi). We learned that England’s capital is 47 percent green space, including 8 million trees (the world’s largest urban forest). And we learned what it’s like to share a revolving door with John Cleese of Monty Python fame (alas, no silly walks were involved).

We learned a lot of other things too. And here are just a few, some with a delicious Chicago twist.

In Dublin, much of the sports chatter was about the All-Ireland Hurling Championship (Hail Tipperary!), while London was atwitter about last Saturday’s Manchester United-Manchester City football clash.

But we also found Cubs fever in both cities.

While wearing my team cap, I received a few “Go Cubs!” shouts from passersby on streets, while one Dublin pub actually had Cubs stickers behind its bar, prompting a Facebook friend to dub Ireland’s capital city “Cublin.”

A bit of the Chicago craic

Inside that Cubs-loving Irish pub, which prominently promoted Lagunitas Brewing, I was regaled by a bartender who claimed that the establishment recently sent two employees to tour the Lagunitas brewery in Chicago.

He claimed that the pair met a group of bikers in town, ended up following them to their local bar and then eventually took joy rides on the backs of some motorcycles, with both Irish lads falling off and suffering broken bones.

“We sent ya for TWO days!” my bartender shouted in what may or may not have been a tall Irish tale, but was a hilarious one nonetheless.

Last week, the London Times ran the following brief entitled “Rough sleepers’ lament”: “Homeless people in Exeter phoned the police at the weekend to complain that noise from drunken revelers was keeping them awake at night.

“Sarah Giles, a police community support officer and member of the city centre neighbourhood policing team, shared details of the complaint on social media but the police made no comment about whether the complaint had been investigated.”

In Ireland, only 1 percent of the population still speaks Irish as their primary tongue. But on the tiny Aran Islands, Gaelic is indeed the language of choice. Inside a pub on Inis Mor, the largest of the isles (pop. 900), we sat at the bar between two men chattering away unintelligibly in the local dialect when a Georgia Tech football fan ambled up beside us and ordered beers in a molasses-thick southern drawl.

Pausing their conversation for a moment, the two Gaelic speakers looked at one another silently and with a raised eyebrow, clearly saying to the other without saying, “Man, does THAT guy talk funny.”

A slice of life

Londoners can find just about any cuisine their city, but Chicago-style pizza is a notable outlier. Enough so that this week back in Chicago, a visiting British client asked me before diving into a slice of Lou Malnati’s, “Ah, so is this the famous pizza with all the cheese on the bottom and the meat on the top?”

Well, not really. But cheers nonetheless.

Pluck of the Irish

Upon telling our guide inside the Little Museum of Dublin that we hailed from Chicago, she excitedly replied, “Ah, the Windy City, supposedly named after boastful Irish politicians!