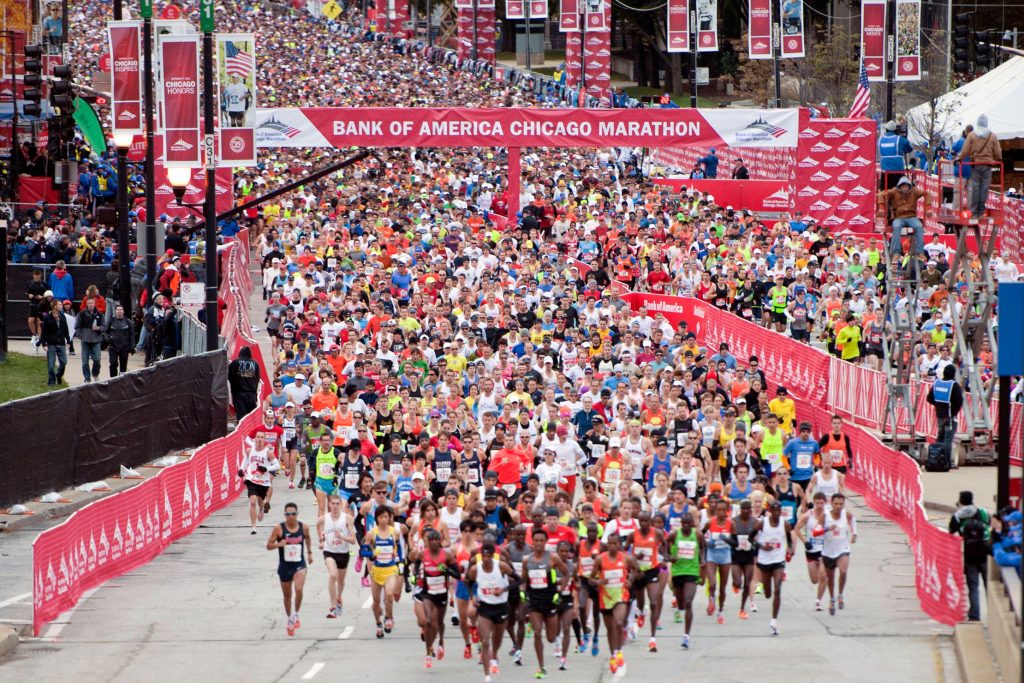 From the Saturday, Sept. 24, editions of The Daily Journal (Kankakee, Ill.) and The Times (Ottawa, Ill.) …

Last month, I told you that September may be my favorite of them all in Chicago. And while that’s true, it could end up being bumped aside by October.

That’s entirely up to the Cubs.

But whether you’re a North Side baseball fan or not, the 10th month of 2016 still offers plenty of treats throughout Chicago. Here are a few ways to enjoy the start of autumn in the Windy City.

With the way the Bears have looked so far, this event might be the best thing to hit Soldier Field all year.

Featuring more than 80 beers from Midwest breweries and over 30 bacon-infused dishes from local chefs, the Bacon and Beer Classic also offers guests the opportunity to explore the historic stadium, play giant Jenga, battle it out on a bungee run and even compete in a bacon eating contest.

Maybe that’s something the Bears could actually win.

Maybe you’re running 26.2 miles through the streets of Chicago on Oct. 10. Or perhaps you’re tired just thinking about the idea of it.

No matter your fitness level, if you’re interested in watching the Chicago Marathon – one of the city’s most impressive sporting events, with 45,000 participants – then there are a number of great spots to do so.

One of them is right at the start. From atop the Randolph Street overpass above Columbus Drive just north of Millennium Park, you can watch as the rough equivalency of a Cubs game day crowd – including the rooftops – passes beneath you.

Other hot spots include the corner of North Avenue and Wells Street, Chinatown near Cermak and Wentworth, and Michigan Avenue south of Roosevelt Road, where you can watch as the runners power – or struggle – through the race’s final mile.

Few cities offer as many great museums as the Second City, and this year one dozen of the top cultural institutions have joined forces to stage Chicago Museum Week – which actually lasts 10 days.

The Field Museum, Lincoln Park Zoo, Art Institute of Chicago and nine others covering the gamut of nature, history, science and art will offer special tours, shows and events along with extra family and kids programming and extended hours. Additionally, the participating museums will offer bonus free days for Illinois residents, discounted admission and savings on memberships.

The 52nd annual Chicago International Film Festival features more than 100 short and full-length films from 50 countries spanning the globe, including under-the-radar documentaries and a major opening night premiere with the U.S. debut of “La La Land,” a musical starring Ryan Gosling and Emma Stone, who won an award for her role at last month’s Venice Film Festival.

All films show at AMC River East 21 in downtown Chicago. For a full schedule, visit chicagofilmfestival.com.

For films of an entirely different sort, the Chicago History Museum on Oct. 15 will be holding “Home Movie Day,” where Chicagoans can bring in their old 16mm and 8mm films and have them played for a curious – and probably quirky – audience.

On Oct. 15-16, the Chicago Architectural Foundation will again swing open the doors to more than 200 of the city’s most interesting places, offering free behind-the-scenes looks at the places that you’ve always wanted to see.