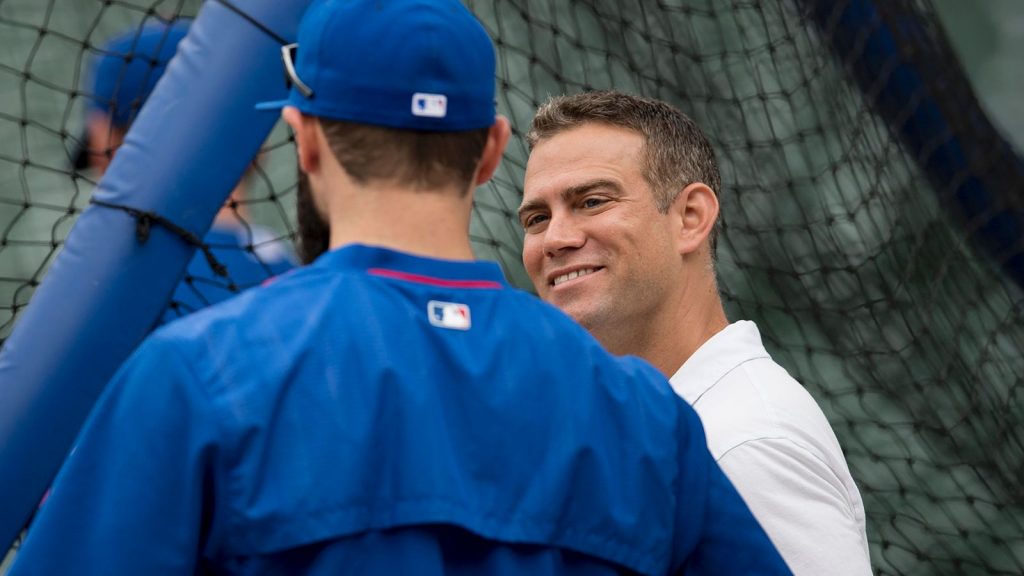 From the Saturday, May 20, editions of The Daily Journal (Kankakee, Ill.) and The Times (Ottawa, Ill.) …

A lot has changed since the Chicago Cubs finally won the World Series last fall after 108 years of flopping, but one thing hasn’t.

The ability of their fans to stress out.

With the reigning champs off to a less-than-spectacular start this season, my social media timelines have seen their share of hyperventilation (“Trade Rizzo!” “Bench Schwarber!” “Fire Arrieta!”) from those who seem to take little solace in what happened in Cleveland last November.

In some ways, that’s actually refreshing as it shows that no matter how much some things may change, there are others we can count on besides just death and taxes. I’ve said myself this month that something seems to be missing with the Cubs in 2017, but that doesn’t mean it can’t be found. Baseball, after all, is the ultimate sports marathon. You can’t get too caught up with the sprints.

But with that said, I wanted to take a moment today to share a few sports observations and thoughts that have been racing through my head this week.

In Theo We Trust

Last Sunday, the New York Yankees announced that Aroldis Chapman was headed to the disabled list for up to a month with an inflamed rotator cuff in his pitching arm. My first reaction upon seeing the news?

The Cubs President of Baseball Operations ­– along with general manager Jed Hoyer – absolutely made the right call when they decided to not try to sign the flame-throwing closer to a long-term deal, instead opting to acquire Wade Davis from the Kansas City via trade.

Davis has been lights-out for the Cubs so far, while Chapman’s fastball velocity had dropped from an average of 100.87 MPH in 2016 to 99.38 MPH this year before his DL stint. It’s because of foresight like that why I trust that Theo & Co. will make some savvy moves this season to bolster the Cubs’ pitching staff for both now – and later (when Arrietta and John Lackey likely are gone in 2018).

Contrary to popular opinion, I actually like what the Bears did during the NFL Draft. I think they had a plan this year to acquire the young offensive talent that they’d targeted no matter the cost. And while I have no idea if it will work out, I’m more than willing to let the plan play out.

With four open scholarships and only two players on the roster 6-foot-7 or taller, the options for Illinois basketball as we approach summertime are short.

Both figuratively and literally.

Nevertheless, I loved the moxie from coach Brad Underwood this week when said told the College Hoops Today Podcast, “I think we should be an NCAA Tournament team next year. I like our pieces and I like our toughness and grit. I think Mark Smith, who we just signed, has a chance to be one of the best freshmen in the country. We should be right there in middle of things in the Big Ten.”

With a thin and diminutive roster, there’s ample reason to doubt Illinois in the rough-and-tumble Big Ten. But there was ample reason last year to doubt Underwood’s inaugural Oklahoma State team, which was coming off a 12-win campaign and started 0-6 in the Big 12. Underwood, however, made adjustments on the fly and OSU won 9 of its final 12 to make the NCAA Tournament.

It remains to be seen if he can pull off similar tricks to power the Illini to the Big Dance for the first time since 2013, but I wouldn’t bet against the guy.