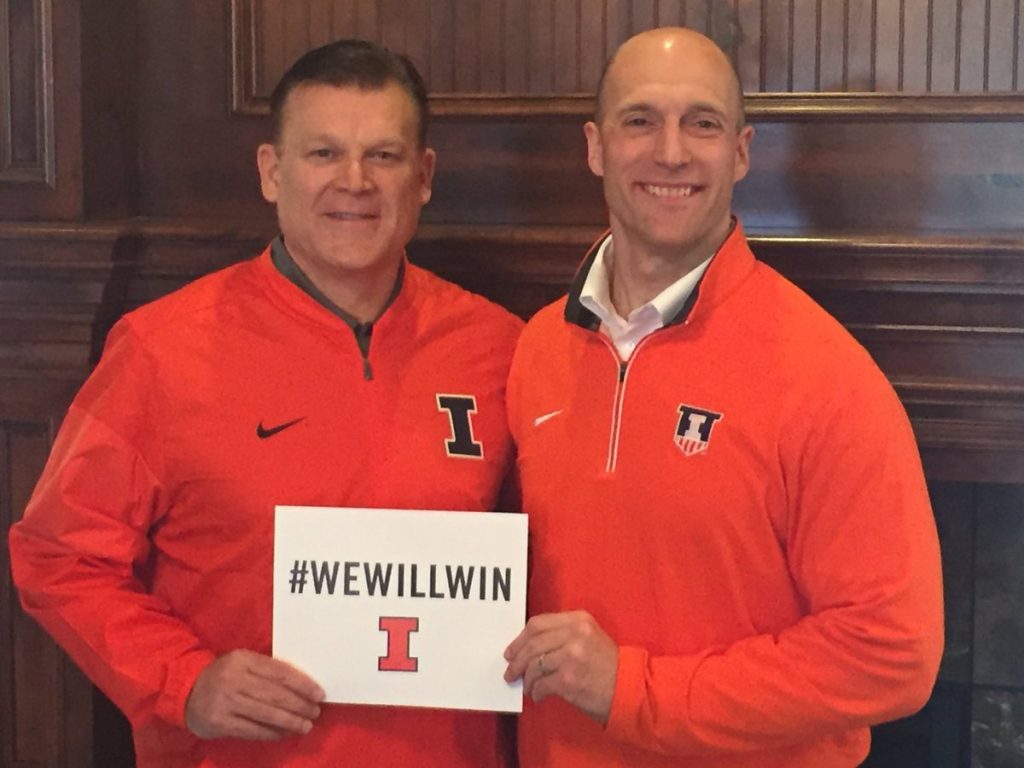 From the Saturday, March 25, editions of The Daily Journal (Kankakee, Ill.) and The Times (Ottawa, Ill.) …

And if Lon Kruger or Bill Self had stuck around Champaign longer, well, either of them very well may have done it.

It, of course, is winning a national championship at the University of Illinois – something that’s eluded the Fighting Illini basketball program despite an impressive resume that includes 40 NCAA Tournament wins (22nd all time) and five Final Four appearances (tied with five other schools for 9th).

In fact, of the 21 schools ahead of Illinois on the all-time list, only Oklahoma (with 41 wins) hasn’t cut down the nets for a national championship. So, when Illinois athletic director Josh Whitman said last week about Illini hoops, “We have a basketball program that we all expect to compete for Big Ten and national championships year in and year out,” he wasn’t just blowing smoke.

He was just speaking the truth.

I’ve long argued that there’s no excuse for the flagship school of the fifth most populous state in the nation (that’s Illinois) to be an annual also-ran instead of a perennial power – especially when it comes to our state’s trademark sport.
So, it’s great to see Illinois with an AD who not only believes that about basketball, but also isn’t afraid to say it. And I believe that authentic passion greatly helped Whitman snare a basketball coach who also aims sky high.

“I dream big,” said Brad Underwood, who Whitman poached from Oklahoma State with a six-year, $18 million contract. “Winning a national championship is something that can happen here.”

It absolutely can. Illinois, after all, is among the handful of basketball programs that has everything it needs to win a national title, from the facilities and financial resources to the in-state talent and fan support. As proven by its four coaches prior to Groce, all it needs is a truly good leader to truly contend.

And I believe that the Illini now has one of those in Underwood.

Back on Feb. 15, I received a text message from a source close to Underwood’s camp, who told me that the OSU coach would be interested in the Illinois job if it were to open. So for more than a month, I knew Underwood could be a possibility for the Illini. But what I didn’t know was whether Illinois’ interest would be mutual.

In addition to a stellar head coaching record that included an eye-popping 53-1 record in the Southland Conference at Stephen F. Austin – a far cry from John Groce’s mediocre 34-30 MAC record at Ohio – Underwood knows this state, having spent a full decade working as an assistant at Western Illinois.

At 53 years old, he also sounds like a guy who just scored his dream job and considers Illinois to a destination, not a steppingstone. Now, to be fair, Underwood also spoke glowingly of the Oklahoma State gig just a year ago.

But according to Berry Tremel of the Oklahoman, OSU athletic director Mike Holder recently told Underwood he wants a Big 12 basketball program on par with not Kansas, but Kansas State, Iowa State and Texas Tech. Whitman, conversely, swooped in and “sold Underwood on how much the Illini value basketball, saying Illinois wants to have the top program in the nation.”

Now, those are bold words. But it’s high time for Illinois basketball to put its head up in the clouds and show long-suffering Illini fans the view.