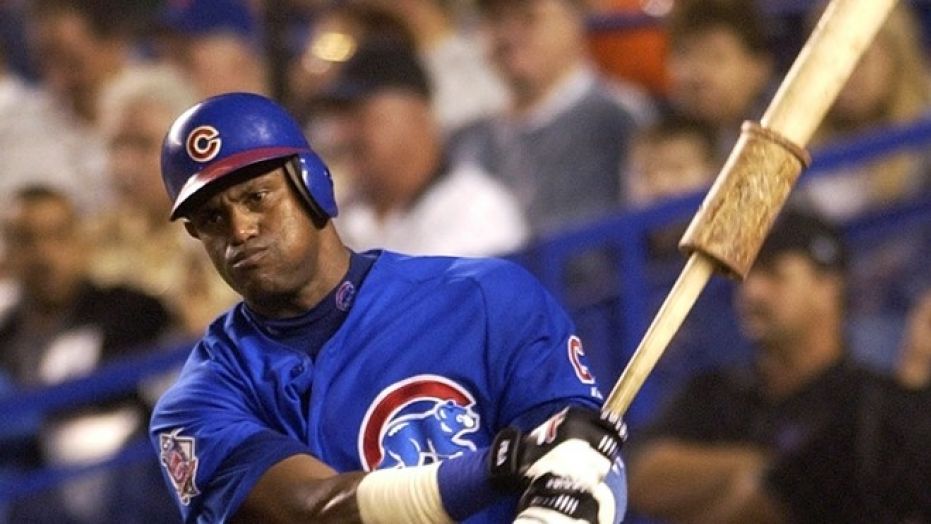 From the Saturday, Jan. 20, edition of The Daily Journal (Kankakee, Ill.) and The Times (Ottawa, Ill.) …

I used to love Sammy Sosa.

But these days? I don’t miss the guy. At all.

And while many Cubs fans appear to want Sosa back in the organizational fold based on the social media uproar following last weekend’s Cubs Convention, I have zero interest in seeing the pompous slugger back at Wrigley Field.

But last weekend during what was generally a sleepy fan fest at the Chicago Sheraton, the hottest topic – besides Kyle Schwarber’s waistline – was whether the Cubs would ever again embrace their all-time home run leader, who’s been persona non grata at the Friendly Confines since he was traded to Baltimore following the tumultuous 2004 season.

When asked about Sosa, Cubs owner Tom Ricketts said during a panel that Sammy needs to “put everything on the table” regarding his alleged use of performance-enhancing drugs, a stance that Ricketts has maintained since the issue first arose. He explained, “Players of that era owe us a little bit of honest, too. I feel like the only way to turn the page is just to put everything on the table. That’s the way I feel.”

That’s generally the way I feel too, Tom. Although, I don’t think it’s so much that Sosa (and his fellow PED ilk) owe the Cubs, Major League Baseball, or even the fans, honesty so much as they owe it to baseball. Because, while the Cubs, Major League Baseball, and even the fans to some extent, may have all been complicit in the Steroid Era to varying degrees, the sport itself wasn’t.

And it deserves better from those who abused it.

Sosa, however, remains as arrogant as ever and has never offered anything beyond silly explanations (see: Flintstone vitamins) for his prodigious power numbers. Rather than show humility and come clean in the way that Mark McGwire did, Sosa continues to play fans for fools and portray himself as a victim. In a 2010 feature for Chicago Magazine, he said the Cubs “threw me into the fire” and “made [people] believe I’m a monster,” never acknowledging any of his own shortcomings, selfishness – or that corked bat. Last February, Sosa gave an interview to a former Cubs employee in which he said he wouldn’t beg for forgiveness from the team – and, at one point, even compared himself to Jesus Christ.

Talk about turning water into whine.

Over the years, I’ve had discussions with many baseball fans about players from the Steroid Era. Some say they don’t care what players did, but I do. And I don’t think any player shown to have had direct connection to PED use deserves induction into the Hall of Fame. I believe their names, numbers and memorabilia all belong there, but they don’t merit a plaque or a day in the sun giving a speech to a celebratory crowd at Cooperstown.

That’s their penalty. That’s what they forfeited.

As for Sosa, his name and numbers are in the Hall of Fame – even if his plaque isn’t. And his presence hasn’t been obliterated from Wrigley Field, either. A flag still flies above the grandstand commemorating his 66-home run season and the ballpark’s Jumbotron played a highlight montage of his career between innings on multiple occasions last season.

And while I really have no interest in seeing him return to Clark & Addison, the onus for Sosa to regain entrance into the Cubs family isn’t on the Cubs – it’s on him. All Sammy has to do is be honest and accountable, not to the franchise, MLB or us the fans, but to baseball. Because baseball deserves it.

And I really don’t think that’s too much to ask.