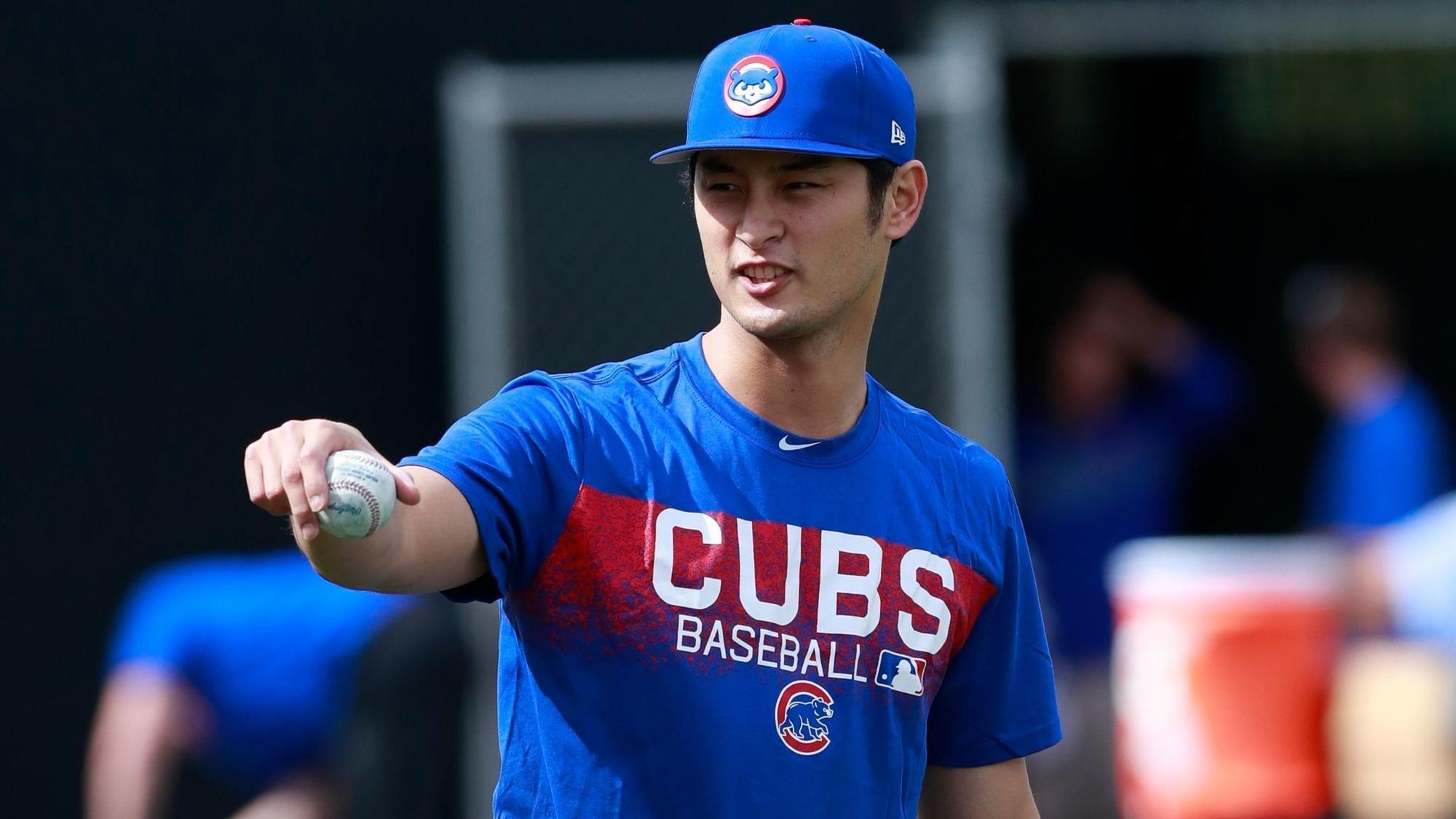 From the Saturday, Feb. 17, editions of The Daily Journal (Kankakee, Ill.) and The Times (Ottawa, Ill.) …

The Bulls are bad. The Blackhawks are bad. Illini basketball is bad. Northwestern’s is too. At 22-5, Loyola’s hoops are looking good – but, let’s be honest, the Ramblers are hardly going to get the average Illinois sports fan through this long, hard winter.

But, mercifully, there was a crack in our dark clouds this week.

Major League Baseball is back. Finally.

And with MLB teams breaking camp this week in Arizona and Florida, I thought I’d break open a few thoughts about baseball’s landscape in the Land of Lincoln – which hopefully won’t end up covered with much more snow this year.

After a sluggish offseason during which the Hot Stove was more of an Ice Box, the Cubs thawed things out in a major way last weekend by signing coveted free agent pitcher Yu Darvish to a six-year deal.

Acquiring the 31-year-old Darvish is huge for the Cubs, but considering that he basically replaces 31-year-old Jake Arrieta in the rotation, just how big of a difference-maker might Darvish be? If you ask veteran backstop Chris Gimenez, who caught Darvish regularly for the Rangers, he could be quite big.

“I think we really haven’t seen the best Yu Darvish yet,” Gimenez told the media at Cubs camp in Mesa, Ariz., where’s he’s trying to make the roster. “He’s still evolving as a pitcher, as well. Coming back from second full season off Tommy John, physically he’s starting to really get in tune with his own body now and kind of knowing his limitations, what he can and can’t do. I think really, the sky is the limit for a guy like that.”

Gimenez also noted that Darvish’s average velocity was up in 2017. That’s significant considering there has been a noticeable dip in Arrieta’s velocity and control since his Cy Young season of 2015. And while I can’t say whether we’re yet to see the best Darvish, I am confident that the Cubs did get the best seasons of Jake Arrieta’s career – and, my how great they were.

Prior to switching to WSCR-AM 670 in 2016, the Cubs’ massive rebuild en route to a championship unfolded on the radio airwaves of WGN-AM 720. Could history now repeat itself with the White Sox?

Perhaps, considering that the Sox –currently in the midst of a Cubs-like rebuild – announced this week that WGN is the team’s new radio flagship.

It may be one of the team’s few wins, as the Sox – like seemingly half the teams in baseball – really aren’t really trying to win this season in pursuit of better draft positioning. But don’t tell that to newcomer Joakim Soria, who said this week, “A lot of people say that [we won’t win], but this is baseball. Baseball has a lot of surprises. You’ve seen through the years teams that are rebuilding, and they have postseasons. I wouldn’t be surprised if we ended up winning the [American League Central].”

Hey, at least someone wouldn’t be.

The Art of Baseball

This week at spring training in Mesa, ever-so-quirky Cubs manager Joe Maddon revealed that art would be one of his thematic motifs of 2018, as he’s worked with an artist to create six baseball-themed pieces of art to be revealed throughout the course of the season.

“For years I wanted to utilize the thought of putting the art back into the game,” Maddon explained. “That’s the overarching theme.”