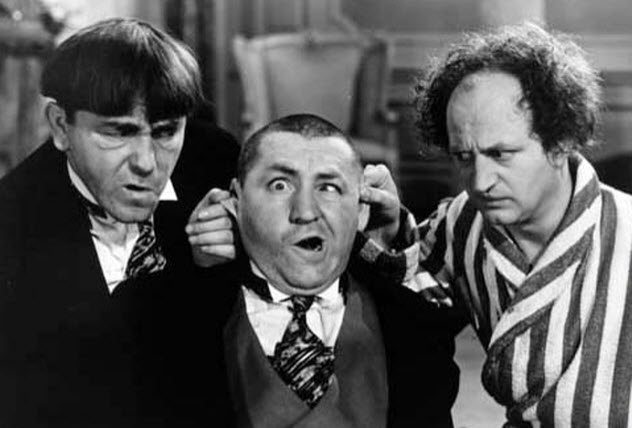 From the Saturday, March 3, editions of The Daily Journal (Kankakee, Ill.) and The Times (Ottawa, Ill.) …

With the 90th Academy Awards taking place on Sunday night, all eyes are on Hollywood this weekend – especially Hollywood’s own, as it rarely has eyes for any place else when it comes to celebrating contributions to film.

But did you know that Chicago has its own rich history when it comes to movie-making? It dates back to 1907 when a pair of aspiring movie moguls named George K. Spoor and Gilbert M. Anderson founded Essanay Studio and produced a film called “The Hobo on Rollers” starring their janitor.

In 1908, Essanay moved north to Uptown, where it become a silver screen powerhouse, launching the careers of a number of stars and even attracting the talents of perhaps the nation’s biggest one: Charlie Chaplin, with whom it produced 14 comedic shorts.But Chicago’s connections to movies hardly stop there.

The man behind the Man Behind the Curtain

Featuring ornate statues of the Tin Man, Scarecrow, Cowardly Lion, Dorothy and Toto, Oz Park is tucked in the heart (and, I suppose, the brains and courage) of Chicago’s bustling Lincoln Park neighborhood.

More than a century ago, though, L. Frank Baum – the author of “The Wonderful Wizard of Oz” – lived just a few miles west of the area.

In 1891, after the failure of his newspaper in Aberdeen, Dakota Territory, Baum moved his wife and four sons to Chicago, where he took a job reporting for the Evening Post. Nine years later, Baum published his legendary book, which in 1939, two decades after the author’s death, became a legendary movie.

Walter Elias Disney might have made his name in California and Florida, but the founder of the Mickey Mouse entertainment empire started in Chicago.

On Dec. 5, 1901, Walt Disney was born in a home at 2156 N. Tripp Avenue on the city’s West Side. In 1906, his family moved to Missouri, but then returned to Chicago in 1917. That year, Walt began his freshman year at McKinley High School and enrolled in night courses at the Chicago Art Institute, where he honed his illustration skills.

Downlow on the Uptown

Speaking of Uptown, Chicago’s Uptown Theatre is something else.

Located on the corner of Lawrence and Broadway avenues, the Uptown opened its doors on Aug. 18, 1925, billed as boasting “An Acre of Seats in a Magic City.” Following a 200-float parade and a grand ball, more than 12,000 people stood in line hoping to be part of the first audience in the mammoth, 4,381-seat film house.

In the decades after, however, the Uptown – listed on the National Historic Registry – fell into disrepair. It’s been closed to audiences since 1981, and requires tens of millions of dollars to bring it back up to code.

Despite its closure, the Uptown has still been used as a location for movies, including “Backdraft” and “Home Alone 2,” which turned the theater’s lavish five-story lobby into a giant New York toy store.

Birth of The Stooges

You likely know the Three Stooges. But did you know that the legendary slapstick trio originally got together in Chicago?

Back in 1925, brothers Moe and Shemp Howard met violinist-comedian Larry Fine at Rainbo Gardens, a popular entertainment destination in Uptown (everything happened there) where Fine was working as a Master of Ceremonies. Impressed with his shtick, the Howard brothers invited Fine to join their Vaudeville troupe.

In 1932, Curly, the youngest Howard brother, replaced Shemp as a Stooge, and comedic film history – as well as countless eye gouges – was born.