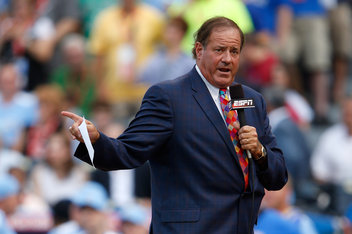 (CBS) Much like the NBA’s Slam Dunk Contest, we’ve already seen the best that the MLB Home Run Derby has to offer. The event is both tired and, at three hours long, tiring. As a result, it’s in desperate need of some juice.

No, not that kind.

(Although, the Steroid Era was indeed the best that the Derby had to offer.)

In lieu of pumping its competitors full of PEDs (if they already aren’t … sigh), the following are three suggestions about how MLB and ESPN can shake things up with the 27-year-old Derby to put some swagger back in its step.

After all, Bryce Harper’s hair-do can’t do it all on its own.