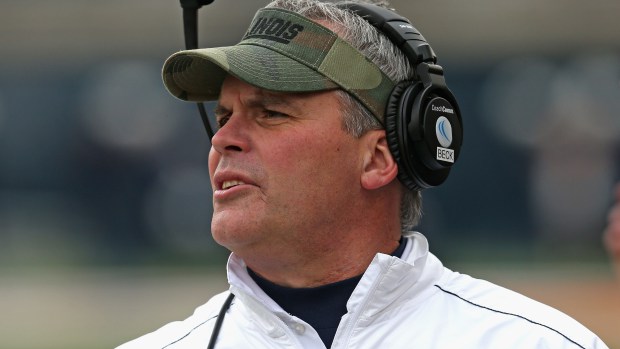 But Wes Lunt hasn’t yet been named a starting quarterback.

That he hasn’t is actually one of the more savvy decisions that coach Tim Beckman has made during his Illini tenure.

With an unsightly 6-18 overall record – and a downright brutal 1-15 mark in the Big Ten – following his first two years in Champaign, Beckman’s job security hangs in the balance as he prepares his team for its season opener against Youngstown State at Memorial Stadium on Aug. 30.

While it may well be desperate times during training camp for Beckman, he’s not behaving like a desperate coach. If he was, then he surely would have already named Lunt – the strong-armed 6-foot-5, 228-pound redshirt sophomore transfer from Oklahoma State – as his starting quarterback.