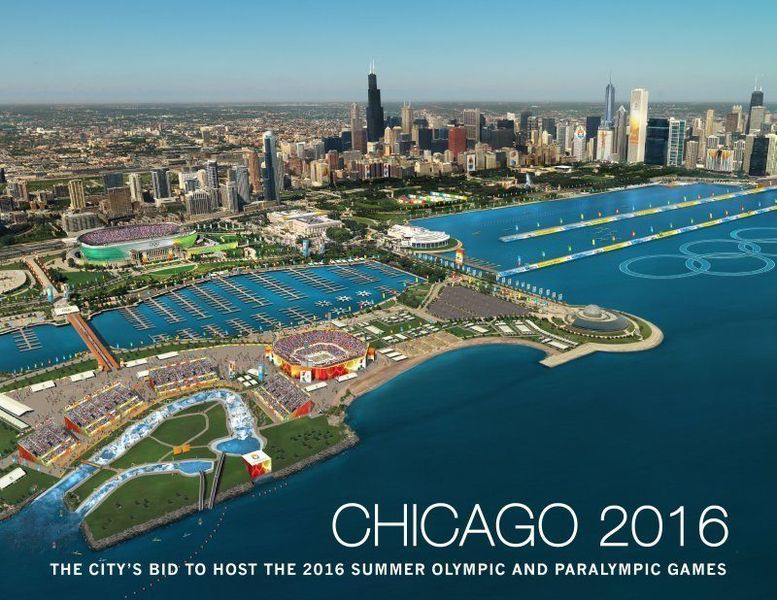 From the Saturday, Aug. 6, editions of The Daily Journal (Kankakee, Ill.) and The Times (Ottawa, Ill.) …

If Chicago had been awarded the 2016 Summer Olympics, its Opening Ceremony would have taken place on July 22. The IOC passed on the Windy City, of course, so on Friday in Rio it was the Brazilians who put on their show.

But I do still like to imagine what Chicago would have pulled off for its own Opening Ceremony. One can joke about how the theatrics would have been a revue featuring the Blues Brothers, hot dogs, deep dish pizza and Al Capone, but I doubt that our Games would have actually featured those civic stereotypes.

Rather, I imagine that the 1871 Great Fire – and Chicago’s rebirth from its ashes – would have been a focal point of our Opening Ceremony. I’d like to think that 21st-century technology could have re-created imagery of one of the most mind-blowing spectacles ever known to man: The White City of the 1893 World’s Columbian Exposition – a collection of massive buildings clad in white stucco, of which now only the Museum of Science & Industry still stands (sans the stucco).

I’d hope that a Chicago Opening Ceremony would have shared the story of the city’s many immigrants and its rich diversity. And, finally, I would imagine that our own global icon, Michael Jordan, would have been the one to light the flame.

Hopefully, Jim Belushi wouldn’t have been anywhere in sight.

We’ll never see any of that, but to keep you in the Olympics mood, I wanted to share a few names of Chicago Olympians from Summer Games gone by.

At age 98, Adolph Gustav Kiefer is the oldest living American Olympic champion – and a Chicagoan. As a 16-year-old Roosevelt High School student swimming in the 1935 IHSA championships, he became the first man to break the 1-minute mark in the 100-yard backstroke (59.8).

The next year, he represented the United States in the 1936 Summer Games in Berlin, where he won gold in the 100-meter backstroke and set an Olympic record (1:05.9) that would stand for 20 years.

The newest Chicago Bull is an old Olympian. In 2008 in Beijing, Wade was a member of the U.S. men’s basketball team, commonly known as the “Redeem Team,” which he led in scoring as the Americans recaptured the gold medal following a stunning upset by Argentina during the 2004 Athens Games.

While a student at Stevenson High School in Lincolnshire during the late 1970s and early ’80s, Jaeger was the top-ranked 18-and-under tennis player in the U.S. She went on to become the No. 2 pro in the world before seeing her career end prematurely due to shoulder injuries.

In 1984, Jaeger competed in the tennis demonstration event at the Los Angeles Summer Games before tennis was re-introduced as an Olympic sport in 1988.

Born in Chicago in 1878, Dvorak was the pole vault favorite for the 1900 Summer Olympics in Paris but missed the competition after being told by officials that the finals would not be held on a Sunday, violating Sabbath. After he and others left the grounds, the officials changed their mind.

Dvorak later took the silver medal in a special competition for the athletes who missed the Sunday event.

As a swimmer, the 1902 graduate of Chicago’s North Division High School, introduced a number of new swimming strokes to Americans, including the Australian crawl.

In the 1904 Summer Olympics in St. Louis, Handy won a bronze medal for swimming. Twenty years later at the 1924 Olympics in Paris, he won another bronze as a member of the U.S. water polo team.