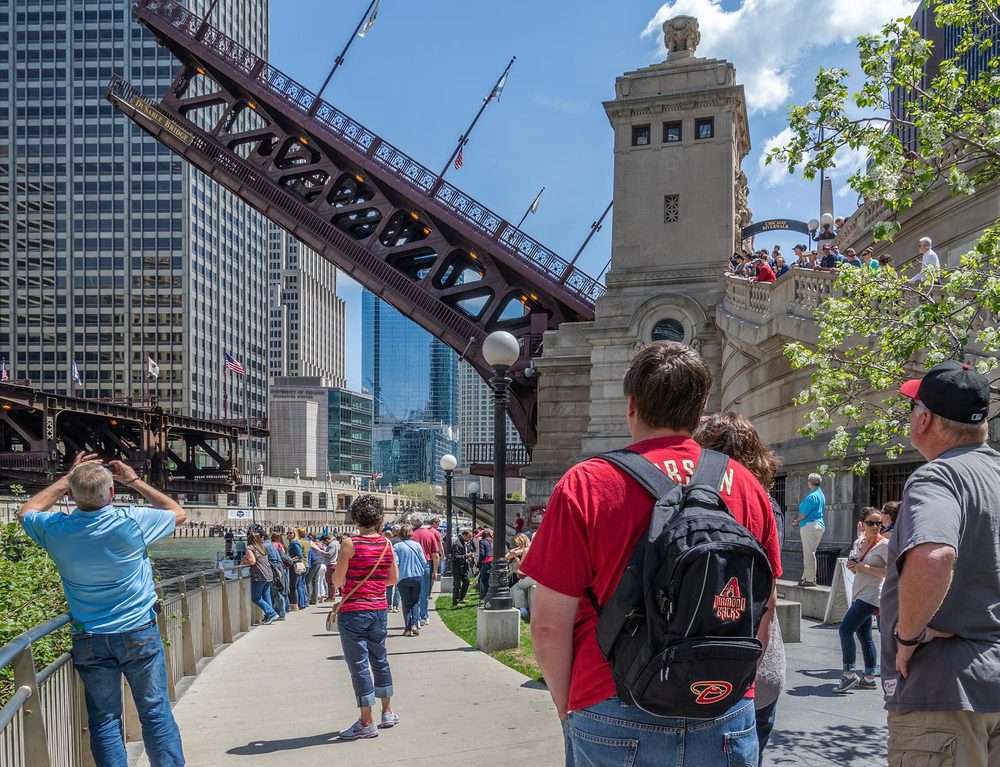 From the Saturday, Aug. 22, editions of The Daily Journal (Kankakee, Ill.) and The Times (Ottawa, Ill.) …

The Metropolitan Planning Council announced this week it foresees a future in which people could swim in the Chicago River by 2030.

“We know people want to see rejuvenation along the riverfronts,” Metropolitan Planning Council director Josh Ellis said prior to releasing a report for which the nonprofit surveyed 6,000 people over 18 months – including real estate developers, river users and other stakeholders – to develop a vision for the future of the Chicago, Calumet and Des Plaines rivers.

“To be frank, we also know not everything is going great in Chicago right now,” Ellis continued. “What a document like this does is show that we have a vision for a future that is better than today.”

Chicago certainly has its ongoing challenges. But truth be told, even without any swimming in it, the Chicago River is already pretty great today after a long history infamous pollution. Just this month, in fact, I’ve enjoyed a gorgeous architectural cruise upon it, enjoyed a nighttime stroll along its fabulous new Riverwalk and sipped an afternoon cocktail at one of its trendy new watering holes along the water while watching pleasure boats and kayakers slide past.

And perhaps most interestingly, I also viewed the river – and its history – from a new perspective by visiting for the very first time the McCormick Bridgehouse & Chicago River Museum.

Located at the southwest corner the Michigan Avenue Bridge, you’ve almost surely passed the museum if you’ve ever walked the Magnificent Mile, although you may not have realized that you can actually walk inside the tower with ornate stone sculpture on its exterior. But indeed you can – and for free on Sundays.

The McCormick Bridgehouse & Chicago River Museum celebrates the Chicago River and movable bridges, of which Chicago has the most of any city in the world with 37. Beginning at river level, the museum spirals five stories up providing a one-of-a-kind opportunity to explore a historic landmark bridgehouse and learn about the history of Chicago’s iconic passageway.

On the first floor, visitors get the opportunity to view the massive gears of the city’s most famous movable bridge and then journey through each level while experiencing the often murky story of the river and its relationship with the city. At the top of the bridgehouse, you’re treated to a 360-degree view that’s unique from any other in a town filled with magnificent panoramas.

But as great as the giant gears and gorgeous views are, I most enjoyed learning about the Chicago River’s colorful history, which is mostly brown. In 1833, Chicago had a population of only about 350 before swelling to 30,000 by 1850, bringing great change to its river in the way of commerce, industry and, of course, pollution.

So dirty was the river that a Mrs. Joseph Frederick of Chicago shared in 1919 her siblings perception of the river as a young boy, recalling, “When my brother grew up … he was asked what was a river. He promptly answered: a body of water that has a very bad smell.”

Museum displays feature other amusing quotes and anecdotes, such as Rudyard Kipling once saying, “I have struck a city – a real city – and they call it Chicago … Having seen it, I urgently desire to never see it again.” And interesting facts are shared throughout, including the almost daily duties of bridge tenders during the 1840s: putting out fires, breaking up fights with tramps, diverting suicide attempts and saving the lives of those who fell off bridges.

Much has changed along the river since those wild and woolly days, and no museum allows you to appreciate just how much than the Bridgehouse.