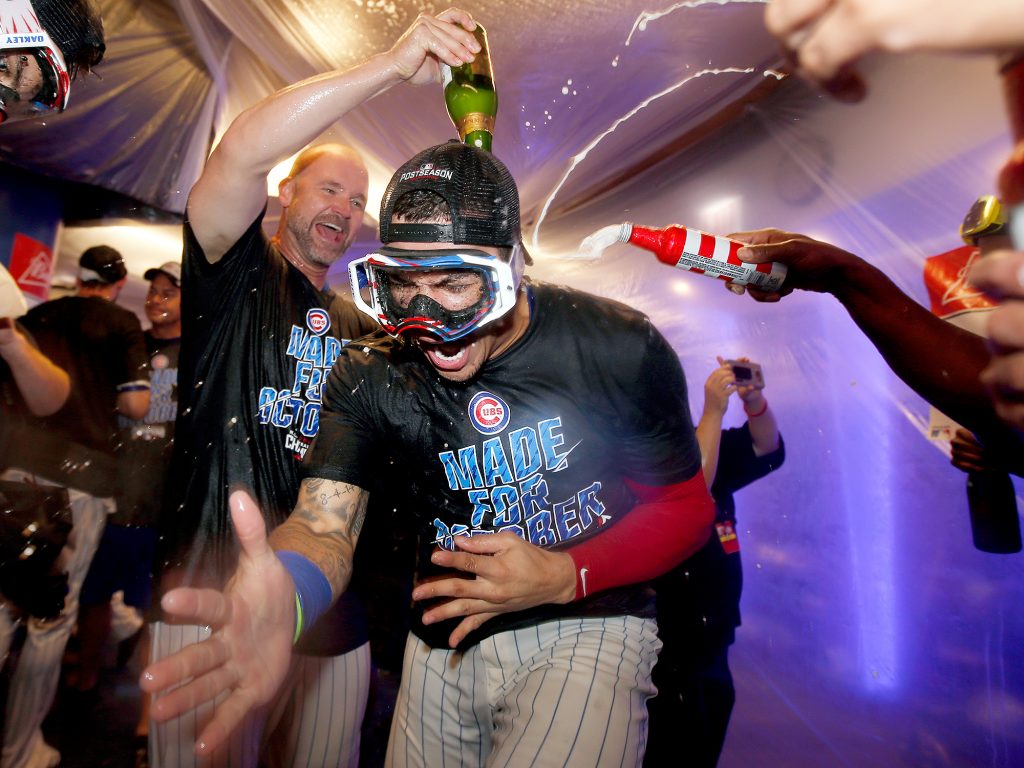 From the Saturday, Oct. 8, editions of The Daily Journal (Kankakee, Ill.) and The Times (Ottawa, Ill.) …

It’s October. So, naturally, the monsters are out in Wrigleyville.

This time, they’ve emerged from the San Francisco mist in the form of Giants casting championship spells every other year and led by a MadBum.

For fans of the Chicago Cubs, it’s undeniable that that October never has been the kindest of months. The tricks usually start weeks before Halloween – and nobody ends up with any treats. It’s also true that the month did the Cubs no favors again this year by pitting them against the formidable Giants who boast championship experience – and bling – from 2010, 2012 and 2014, along with a deep starting rotation that includes postseason legend Madison Bumgarner.

And as a Facebook friend put it, the only team that can likely beat the Cubs this month is the Cubs. I largely agree with that sentiment, although as I’ve argued before, for the Cubs to win their first World Series since 1908, there is another obstacle they need to overcome. And it has little to do with the Giants, Nationals, Dodgers, or any team from the American League.

Ever since Oct. 14, 2003, when I sat in the upper deck at Wrigley Field watching the eighth inning tragically unfold during Game 6 of the National League Championship Series, I’ve been convinced that for the Cubs a “curse” does truly exist. But it isn’t in the form of an actual billy-goateed specter of evil that looms over the ballpark tugging on the Cubs’ marionette strings.

Rather, in the sense of the pressure that’s built up for a franchise during more than a century of futility – which can manifest itself in the postseason – there absolutely is a tangible entity that’s haunted the North Side ball club.

In the years since 2003, I’ve told people countless times about the sensation that crept around Wrigley after Steve Bartman reached for that fateful foul ball and Moises Alou flipped his lid. The murmur that spread among the fearful crowd was the eeriest feeling that I’ve experienced, and unless you were actually inside Wrigley that night it’s almost impossible to fully explain. But trust me when I say that you could literally feel the mood shift inside the ballpark.

And I’m certain that the crowd’s tension cascaded down onto the field, impacting Mark Prior’s composure on the mound and Alex Gonzalez’s in the field. Five years later, that pressure struck again in the 2008 NLDS when the Cubs entered the postseason as the best team in baseball, and then exited just three games later following a sweep by the Dodgers.

In Game 1 at Wrigley, with the Cubs up 2-0 in the 5th, Dodger James Loney belted a grand slam. Immediately, the fans buzzed with “Here we go again” concerns, and the Cubs never rallied. Then in Game 2, with crowd tension at a fever pitch, all four Cubs infielders committed errors en route to a 10-3 loss and ultimate series defeat.

Cubs players may deny it, but in the postseason they know very well that more than a century of failure is on their shoulders and that not just a city, but an entire nation’s eyes, are squarely upon them.

But, regardless, to finally win it all they’re still going to have to overcome the century-plus of accumulated pressure that’s always waiting to pop from the tightly wound Wrigley crowd like a cork. That is the team’s actual “curse.”

But like a bottle of champagne, it can be foiled.