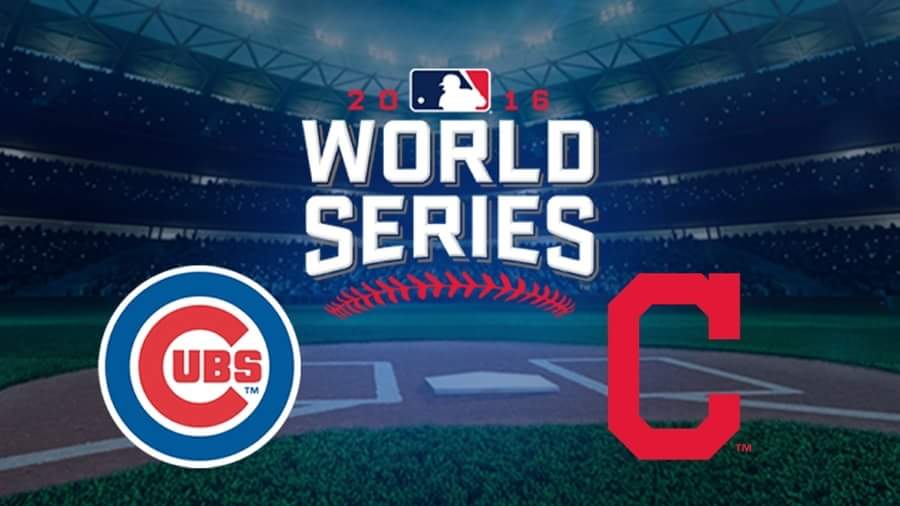 My buddy Brian Pokorny over at Cleveland Sports Torture asked me to share my thoughts on the Cubs-Indians “Something’s Gotta Give” World Series for his blog.  So, here they are …

Much like country music and going to the movies alone, I think you’re much better than your rep. In past years, I’ve gotten the opportunity to visit your ballpark (it’s quite nice), your Rock ‘n Roll Hall of Fame (ditto) and a sizable swath of your local drinking establishments (same deal).

This past June, I particularly enjoyed watching your Cavaliers knock the smug look off the faces of the Golden State Warriors faces and slap smiles on those across Ohio. In fact, back in 2010, just a week after LeBron infamously took his talents to South Beach, I was at my buddy’s condo in downtown Cleveland when I told him that I believed that once LBJ got Miami out of his system, he’d eventually return home to win a crown.

Without a doubt, after 68 years with anything to celebrate except perhaps the retirement of Michael Jordan, your city deserved that championship that LeBron finally earned.

But, I’m sorry, you’ve already filled your title quota for 2016.

Because here on North Side of Chicago, this one is ours.

Now, I know that my pal Brian of Cleveland Sports Torture – the biggest fan of The Land that I’ve ever met – doesn’t think that Chicagoans have truly suffered when it comes to sports, what with those six NBA titles, a Super Bowl right, a White Sox World Series trophy and all that recent Blackhawks bling collected over the past 30 years.

But, here’s the thing, while Brian may now be a Chicagoan, he isn’t a Cubs fan. And, trust me, for those of us who are we’ve suffered.

I’m 40, and in my lifetime I’ve endured the ground ball through Leon Durham’s legs in 1984, Greg Maddux’s and Andre Dawson’s vanishing act in 1989, and every tragic thing that unspooled during Games 6 and 7 of the 2003 NLCS (both of which I attended at Wrigley Field), along with oodles of other painful moments. And I’m not even old enough to have been one of the Cubs fans that lived through 1969.

Goats, black cats and Bartman are undoubtedly part of our city’s lexicon – and Cubs fans’ collective identity – although we took a big step towards finally washing those wounds clean last this past weekend when the Cubs finally captured the NL pennant for the first time since 1945.

I was in the Wrigley Field bleachers with my brother for that epic, emotional, ecstatic clincher on Saturday night, and I hope to be there again when the Cubs win the World Series for the first time since 1908.

For a wide variety of reasons, I think that happens this month. Among them is the way the Cubs are now hitting after snapping out of their two-game slump against the Dodgers. Another is the Cubs’ defense, which is both as solid and spectacular as any that I’ve ever seen.

I’m also a fan of the Cubs’ bullpen, and smitten by the fact that Kyle Schwarber will likely be in the lineup (and not as a novelty but as a legitimate weapon). But most of all in this World Series, I’m a fan of the Cubs’ starting pitching, which I think is almost always the key to October success. From my vantage point, the Cubs’ starters – Lester, Hendricks and Arrieta, in particular – hold the dominant hand in every matchup against the Tribe’s Rx rotation.

Now, that isn’t to say that Cleveland’s scrappy bunch isn’t dangerous. The patchwork rotation has proven plenty plucky this October, the lineup and team speed is indeed formidable, and that bullpen is truly fearsome. But I think the hot-hitting Cubs will be able to score early on the Indians’ stretched-thin starters, which will greatly mute the impact of the dominant relievers. And I think that will prove to be the key to victory.

And, remember, when it comes to my reputation for predictions, I was right six years ago about that whole LeBron-will-come-back-home-to-win-a-title-for-Cleveland thing. I’m right about this one too.

Dave Wischnowsky is a lifelong Chicago Cubs fan, a Wrigley Field bleachers season ticket holder and a former Chicago Tribune reporter and CBS Chicago sports columnist. He believes there is, in fact, crying in baseball, and proved it after Game 6 of the NLCS.